21 days have passed, Jalpaiguri and Kalimpong have not reported any +ve cases 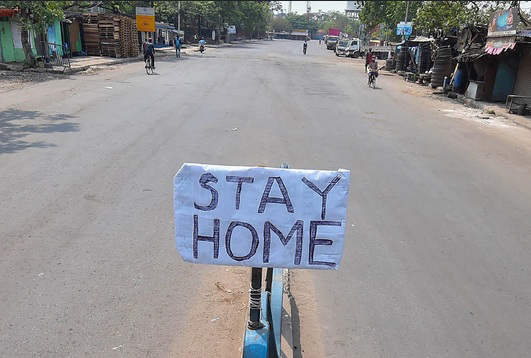 The small hill town of Kalimpong, which had recorded West Bengal’s second Covid-19 death on March 29, has seen a remarkable turnaround, with no new positive case reported in the last 21 days. This feat prompted the Union health ministry to declare the former hot spot a green zone on Tuesday.
Jalpaiguri in the plains achieved the same feat. Administrations of both districts have strictly enforced the lockdown while launching extensive sanitisation drives.
The Kalimpong victim had stayed in Jalpaiguri district's Jyotinagar (Siliguri) for five to six days on her way home from Chennai. She had fever and was admitted to a Kalimpong nursing home. Doctors referred her to North Bengal Medical College and Hospital, where she tested positive. She died a day after the report arrived from Niced. Seven of her relatives were quarantined at Jalpaiguri superspecialty hospital. Four of them had tested positive on April 1. They were sent to the Covid hospital in Siliguri and cured after a fortnight.
Another six persons from Kalimpong tested positive on April 3. Two quarantine centres there had around 41 people directly/indirectly in contact with Covid-positive patients; the latter have recovered and been discharged.
In Jalpaiguri, too, health workers are working with civic bodies, merchants’ associations and firemen, who have been spraying sanitisers on roads, educational institutions, hospitals and police stations. Municipality chairman-in-council Saikat Chatterjee supervised cleansing operations. “The success is the outcome of a combined effort by people, civic body and other stakeholders,” he said.
North Bengal OSD (health) Sushanta Ray said: “We succeeded in sensitizing people to the dangers of Covid-19.”
TOI
Jalpaiguri Kalimpong Siliguri