- March 27, 2018
Siliguri: Two persons were arrested in Siliguri after a huge stash of Schedule H prescription drugs were seized from them on Tuesday.
According to a tip off received by Siliguri Metropolitan Police (SMP), a team from the Detective Department carried out an operation in a godown in Santinagar area of the city, wherein they seized 101 cartons of cough syrups and tablets whose market value stands at about Rs 22 lakhs.
Under the Drugs and Cosmetics Rules, 1945, ‘Schedule H’ is a prescription of drugs to be sold by the retailer only and when they are prescribed by a registered medical practitioner.
Also, the drugs should not be sold by the retailer without a prescription unlike the over the counter (OTC) drugs which can be sold even without a prescription. 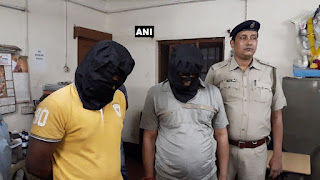