- November 22, 2017
Siliguri: Mayor Asok Bhattacharya said on Wednesday that the Siliguri Municipal Corporation would carry out a special drive to extract taxes from buildings which had defaulted on payments for years.
Bhattacharya said the SMC would recruit building inspectors and assistants for the drive which would be taken up in five boroughs.
He said building owners who had not paid taxes had been identified and the SMC had started serving them notices.
"We will try to generate more revenue by using our own sources. We will assess all those buildings, owners of which have not cleared taxes. There are around 60 such buildings which defaulted on tax payment for many years. Our building department has served notices on them and we are waiting for their response. If they fail to clear the dues in three months, we will acquire the properties," said Bhattacharya.
In total, there are around 10,000 buildings which are found to have anomalies with regard to municipal taxes.
Sources said some buildings were yet to be assessed and brought under the tax system.
"A thorough assessment is required to find out such irregularities. That is why we are recruiting five building inspectors, who will conduct the drive with the help of officials of the building department," said Asok.
He reiterated that the SMC was facing an acute fund crunch because of non-payment of funds by the state government.
"Even then, we have planned some projects in Siliguri and they will be executed with funds provided by MPs and MLAs," the mayor said.
Among the projects are a bridge over the Panchanoi river at Pati Colony, for which the civic body will spend Rs 8 crore, the boundary wall and a concrete road at the dumping ground off Eastern Bypass and beautification of the municipal crematorium.
Telegraph 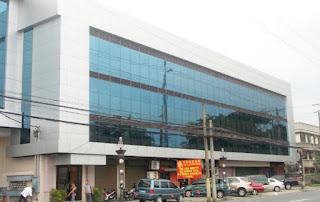