- July 26, 2017
Two persons have been arrested after contraband worth Rs 50 lakh was allegedly recovered from their possession along the Indo-Nepal border, police said.
A joint team of the local police and SSB nabbed Lila Kumari Thapa, resident of Surkhat district of Nepal with 2.750 gm of charas near the main gate of Sonauli border here yesterday.
The woman told police that she was on her way to deliver the contraband worth Rs 33 lakh at the bus station and was to get Rs 5000 for it.
During checking, the team arrested Dil Bahadur, resident of Rupandehi district of Nepal at the bus stand with 83 gm heroin worth Rs. 17 lakhs, police said.
A case has been registered in both the cases and further action is being initiated, police added. PTI 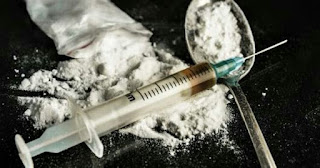