- July 22, 2017
An act of sheer brutality has come to light involving Border Security Force (BSF) jawans posted at Silsury Border Out Post (BOP) along India-Bangladesh borders in Mamit district of Mizoram.
On 16th July, a tribal woman named Dangubi Milebo Chakma (name changed), d/o Prada Ranjan Chakma of Silsury Village was waylaid and gang raped allegedly by two BSF personnel from Silsury BOP when she along with another Chakma tribal woman went to the forests to collect bamboo shoots. While Rangabi Chakma, w/o Karna Chakma escaped, the two BSF personnel allegedly raped Dangubi Milebo Chakma.
The brutality did not stop at that. When the victim resisted rape, the accused BSF personnel allegedly poured acid on her face (photo above). She suffered serious injuries on her face including her eyes.
The whereabouts of Rangabi Chakma is still unknown.
After the victim managed to reach her village and narrated her ordeal, the Village Council authority immediately informed the police.
The villagers held a protest in front of the Border Out Post of Silsury against the BSF on 17th July and demanded that the accused be identified and handed over to the police. The villagers also demanded that the BSF should help the villagers to find out the missing woman.
On 17th July, the Sub Divisional Police Officer (SDPO) from West Phaileng rushed to Silsury to investigate the case. The victim Dangubi Milebo Chakma in her statement to the SDPO reportedly told that she was raped by two BSF personnel who then rubbed a cloth filled with acid on her face.
As per sources, the rape and acid attack victim was taken to the hospital for treatment but her medical report has not been released as yet.
The Mizoram Police is investigating the case but has failed to arrest the accused BSF personnel.
Source:The apolitical 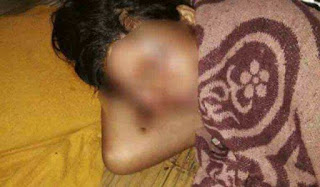