Rakesh Rai from Darjeeling stabbed to death by his friend at Calangute beach in Goa, accused arrested

- July 22, 2017
A Darjeeling resident was stabbed to death by his own friend at Calangute beach here last night, police said.
The incident could be a fall out of a drunken brawl, police said.
Rakesh Rai from Darjeeling was stabbed by his friend Santosh Chattar from Nagpur at Calangute beach last night, police said.
"The incident happened at 10.30 pm," Calangute Police Inspector Jivba Dalvi said.
The fight broke out when a group of friends which included the victim and the accused were drinking at Calangute beach.
Dalvi said the deceased was rushed to Goa Medical College and Hospital where he was declared brought death.
The accused has been arrested.
More..
A quarrel between two men led to the killing of one with the accused himself phoning the police confessing his crime and willing to surrender.
Santosh Chattar, a native of Nagpur and working as a waiter at a Baga-hotel called up the police control room late Thursday night informing about the murder he allegedly committed.
“He called up the police control room informing that he had murdered one person and he was coming to the (Calangute) police station,” a police officer told Herald.
A little while ago, Chattar had stabbed Darjeeling-native Rakesh Rai on his chest and stomach with a knife following a bitter fight between the two. Both were allegedly drunk at the time of the offence and they were accompanied by four others.
“When he called up the police we took no chance as there was every possibility that the accused could change his mind. Based on sketchy details he confessed to the police, we formed a team and proceeded towards the crime site. We then saw a man waving off near Dolphin circle. He identified himself and was taken into custody. He was brought to the police station and placed under arrest,” said the officer. The weapon was also handed over to the police.
In the meantime, the victim was rushed to the Primary Health Centre and later to Goa Medical College as he was still breathing but succumbed while undergoing treatment on Friday morning. The deceased was working at a fast food joint at Candolim. “He had multiple injuries on his body,” he said.
The alleged incident happened at around 10.30 pm near Love Shack at Baga. The police team led by PI Jivba Dalvi are recording statements of the witnesses. 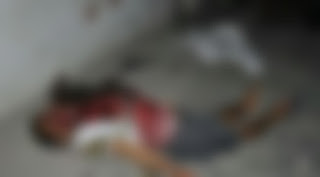