- July 19, 2017
A bus was heading to Alipurduar from Lankapara near Birpara when someone threw a stone from outside and broke the front glass of the bus.
Though it's not known who the miscreant was some people received minor injuries when pieces of glass flew in the air.
Police is investigating into the case.
The bus follows the route from Lankapara, Birpara, Hasimara, Kalchini, Nimti and finally Alipurduar.
Passengers say a major accident could have taken place but they were saved.
Report Omprakash Thakur for ILS 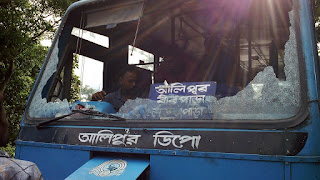 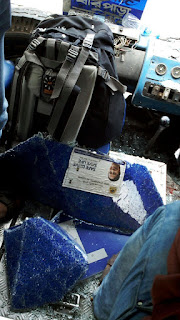 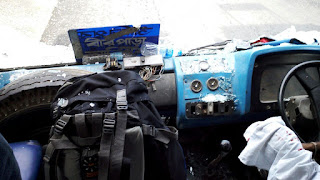