Andhra Pradesh: Sikkim woman gang raped in front of her children in Visakhapatnam

- July 05, 2017
A 35-year-old woman from Sikkim was raped by two young men in front of her children in Visakhapatnam late last week.
The incident happened on June 3, but came to light Wednesday after the woman and her husband lodged a police complaint.
According to inspector Raju of the Gajuwaka police station, four persons, including a minor, gained entry into the woman’s house at Bhanojithota in Gajuwaka locality on the evening of June 3 when her husband was not in. After threatening her, they searched the house for money and found Rs 650 in total.
Police said the woman was raped by two members of the gang in front of her three children. They threatened her with dire consequences if she revealed the matter to anyone.
The police have booked cases under Section 376 (rape) of the Indian Penal Code.
Though police say they are still searching for the accused, sources said they have already been picked up from various places. Sources said the four are ex-offenders and were involved in a number of property offences in the past.
Via The New Indian Express 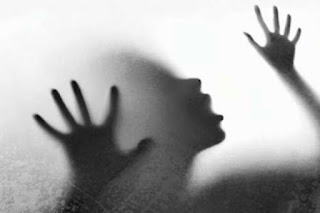