- July 05, 2017
Using CCTV footage and surveillance, a Krishnanagar police team arrested in West Bengal one member of a gang that looted two persons outside Krishnanagar and Aashiana branches of two banks in the city on June 8.
Monty Gwala belongs to 'Gwala Gang'of West Bengal, said police, adding they recovered Rs 10,000 from him. Monty disclosed the names of his aides aides Raj Kapoor Yadav alias Raju alias Pujan Gwala of Katihar in Bihar and Satish Gwala of West Bengal but the two have yet to be arrested.
Krishnanagar CO Dinesh Singh told TOI that while probing the case of Rs 5 lakh looted from trader Amit Agrawal of Sarojininagar, police secured CCTV footage and spotted the accused wandering outside the bank branch from where Agrawal had withdrawn cash on the day of the incident. Meanwhile, an incident of loot of Rs 1.6 lakh was reported outside another bank branch in Aashiana the same day. "We secured the CCTV footage in the Aashiana loot case as well and on matching the footage of both incidents we found the same persons were involved.
Krishnanagar SHO Vikas Pandey said cell phone numbers of Gwala gang members were put on surveillance, which helped in tracking suspects and it was found that their cell numbers were active in the localities where the loot took place on June 8. After collecting evidence, a police team was dispatched to West Bengal on June 28 and Monty was arrested while efforts are on to nab his aides.
The members of the Gwala gang—notorious for loots outside banks—belong to a small community from a village in Jalpaiguri district of West Bengal. Senior police officials said they were an offshoot of the 'Kanjad' gang of Rajasthan. They migrated to Katihar in Bihar and then moved on to West Bengal where they joined 'Ghoshals', a Yadav clan in Bengal and came to be known as 'Gwalas'. Members of this gang committed loot in Jaipur, Dibrugarh, Dimapur, Telangana, Guwahati and New Delhi. They target people mainly bank customers. 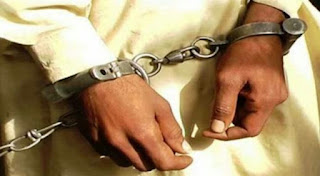