- June 19, 2017
Krishna Gupta is arrested for passing slew and derogatory remark against Women. Readers Across Social Network Have Condemned and Lambasted Such Statement.
He was picked up by Ranipul Police from Tadong area of Sikkim last night around 7 PM confirmed Police source on basis of group complaint.
He is student of Damber Singh College 6th Mile Tadong , a residence of Bihar, Chhapra age 22 years.
Further course of action Awaited against him from College Administration today, as informed. 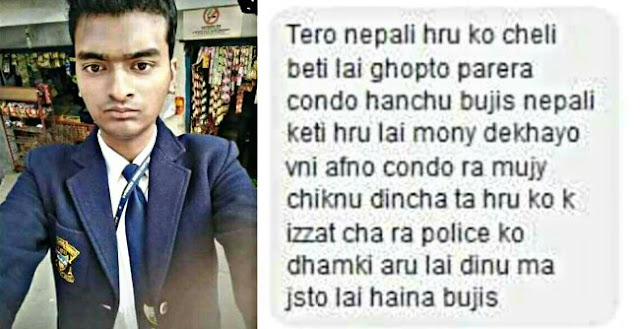 Damber Singh College expells Triloki Gupta (alias Krishna Gupta), boy who posted offensive and defamatory post against women. The boy was arrested by Ranipool police after a compliant was lodged against him. 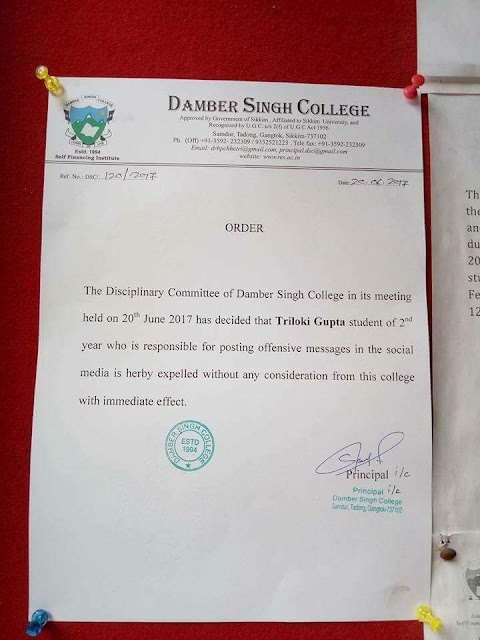 As per latest received report, accused Krishna Gupta after taken to court has been sent to police remand at Ranipul PS.
Sikkim