- June 12, 2017
The Sashastra Seema Bal (SSB) has arrested a woman for allegedly smuggling drugs and seized 6.4 kg charas from her possession.
The arrested woman has been identified as 40-year-old Janki. The cost of the seized charas is nearly Rs 75 lakh.
"During a routine check by the SSB last night at Sonauli check post on the India-Nepal border, the SSB caught hold of the smuggler.
"During interrogation, she admitted that she had brought charas and also disclosed her links with drug smugglers in India. The SSB will take help of Nepal Police to trace her links with other smugglers in Nepal and India," Commandant of SSB's first battalion Shiv Dayal told PTI.
A case under various sections of the Narcotic Drugs and Psychotropic Substance Act has been registered against the accused at Sonauli Police Station. 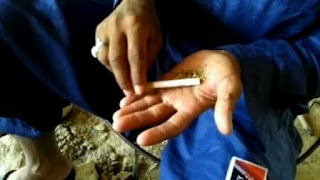