- June 16, 2017
Kolkata: West Bengal Chief Minister Mamata Banerjee on Friday flayed the Centre for making Aadhaar mandatory for opening bank accounts, saying it would make the poorest of the poor the worst sufferers.
Read More: Aadhaar Mandatory For Opening Bank Account, Transactions Above Rs 50,000
“The poorest of the poor, the marginalised people will be the worst sufferers if #Aadhaar is made mandatory unilaterally,” Banerjee said in a tweet.
Banerjee also questioned privacy issues linked to the Aadhaar card and said that the Centre must assure security of the citizens of the country before making it mandatory. “#Aadhaar has serious issues about privacy. Govt must not make it mandatory before 100% coverage is achieved,” the chief minister said.
Banerjee had earlier criticised the Centre’s decision to make Aadhaar cards mandatory for availing the mid-day meal scheme and accused it of snatching the rights of the poor. She had alleged that rather than supporting the poor, the Centre was snatching away their rights.
The government has made quoting of biometric identity number of Aadhaar mandatory for opening of bank accounts as well as for any financial transaction of Rs 50,000 and above. 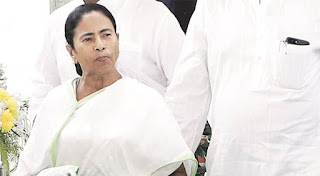