- June 17, 2017
Two Gorkha Janmukti Morcha (GJM) supporters were allegedly killed in firing in Darjeeling as violence convulsed the hill town Saturday morning even as army and para military forces have started patrolling the area.
By 1:30 pm, security forces managed to establish some degree of control on the situation even as police and the hill party traded blame.
This was the first loss of life since the latest round of clashes broke out on June 8. The identity of the man, who was shot in front of St Joseph’s College on the outskirts of the town, was not known yet. His body was taken to the army hospital.
Additional director general of police (law and order), Anuj Sharma denied police had shot at protesters, claiming that it was GJM supporters who had opened fire. GJM supporters also allegedly set fire to a few police vehicles on fire near the GJM office Singamari.
The GJM insisted the police had fired on the protesters.
“Two of our supporters was killed by police fire at Singamari,” claimed Binay Tamang, the assistant secretary of the GJM.
Tamang also demanded a probe into the death of the man. “We want judicial inquiry into the firing. Police did not fire rubber bullets or water cannons. They opened fire using .303 bullets. Are we the enemies of India?”
He also said two GJM supporters were hit by bullets in Ghoom Bhanjyang where GJM had broken through police barricades.
The scene in front of the GJM office in Singamari looked like a battlefield with a few police vehicles on fire, stones and bottles lying all around the area.
There were bloodstains on the road on Lebong Cart Road opposite St Joseph’s College.
Earlier Saturday morning, the demand for a separate Gorkhaland state exploded with violence, turning Darjeeling into a battle zone as GJM supporters clashed with the police at Singhmari on the outskirts of the town that left several policemen and protesters injured.
Police fired tear gas shells and caned GJM supporters who started throwing stones at them. GJM supporters threw both stones and bottles at the police. Policemen were seen picking up the stones thrown at them and hurl those back at the agitators.
A large number of women GJM workers also came out on the streets to agitate.
The clashes broke out at 11 am. There were conflicting reports on what sparked off the clashes. While police claimed that GJM supporters started pelting stones forcing them to retaliate, protesters said that the police stopped their rally and started firing tear gas shells first.
GJM supporters brought out protest rallies that they called ‘Dandi March’ after Mahatma Gandhi’s famous 1930 agitation against the British. They were supposed to converge at Patlaybas where police raided the GJM office on Thursday.
The GJM supporters had the advantage of knowledge of the local terrain and lanes through which moved and caught the security forces by surprise.
“Morcha supporters are exploiting the locational advantage and attacking the police. It is unfortunate. We hope to resist the vandalism in the hills with the people,” Darjeeling district Trinamool president Goutam Deb, who is also the tourism minister of the state, told the media.
Meanwhile, Bikram Rai, the GTA media cell employee and son of Darjeeling MLA Amar Singh Rai, who was arrested from his residence last night was released on Saturday.
In Kolkata, the state government has called all the heads of the 17 development boards for the different hill communities and Terai and Dooars for a meeting this afternoon. The development boards were set up by the Mamata Banerjee government created between 2013 and 2017.
GJM leaders have alleged that the prupose of setting up these boards was only to weaken the GJM in the hills and the Gorkhaland movement by dividing the hill communities.
After Thursday’s raid on GJM office, its president Bimal Gurung had urged all the development board functionaries to step down and join the movement for a separate state. GNLF, the other major political party in the hills has also made a similar appeal.
[Via: Hindustan Times] 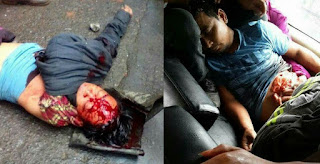