- June 24, 2017
There appears to be no let- up in smuggling of live and dead wildlife. In fact, it has seen a sharp increase as indicated by the value of seized “wildlife products” being smuggled to China from India through Nepal and Bhutan.
The rise is 121 per cent so far this year — the highest since 2010.
Among the species smuggled out of the country live are Tokay gecko lizard, tortoise, turtle, peacock, hare, mongoose, dove, bulbul and snake sand boa. The illegal trade also includes body parts of dead animals like rhino horns, leopard skin and paw, deer horn and skull, rein deer skin, barking deer skin and elephant trunk.
Data from the Sashastra Seema Bal (SSB) — a paramilitary force that guards the 1,751 km India-Nepal and the 699 km India-Bhutan border — showed the force seized wildlife products globally valued at Rs 121.62 crore between January 1 and May 31 this year.
The SSB also arrested 53 smugglers during this period. The maximum recoveries were made from Assam, West Bengal, Uttar Pradesh and Bihar — all border states.
A Wildlife Protection Society of India official, Tito Joseph, said the massive increase in wildlife smuggling was being reported because the SSB on the Nepal and Bhutan borders and the Assam Rifles in India’s east were doing a “very good job”.
“As far as the illegal wildlife trade is concerned, most animals and body parts are being sent specially to China via Nepal and Bhutan mainly for making medicine,” Joseph, who heads the anti-poaching programme in the NGO, told IANS.
He said the capacity of the forest department should be enhanced and the intelligence mechanism improved to monitor the smuggling of wildlife products, and to discourage criminals and repeat offenders.
In 2010, the SSB seized wildlife products valued at Rs 1.06 crore and arrested two smugglers. In 2011, the value went up to Rs 1.51 crore but only one criminal was held.
In 2012, the amount declined to Rs 56 lakh but six criminals were caught. The 2013 value of seized wildlife products again increased to Rs 2.09 crore. A total of 28 smugglers were held.
In 2014, the seized value was Rs 2.21 crore and 15 criminals were held. The price of seized products showed a massive increase to Rs 11.16 crore and Rs 46.62 crore with the arrest of 43 and 70 smugglers in 2015 and 2016 respectively.
The Divisional Forest Officer of West Bengal, Sujit Kumar Das, said there was paucity of intelligence on wildlife smugglers who are known to be part of a global syndicate.
“West Bengal is a transit route. Whenever we get information, we conduct raids and arrest smugglers. But the biggest problem is we generally don’t get information due to lack of intelligence,” Das told IANS.
“It can be stopped when police and security forces keep proper checking of routes taken by the smugglers. We fail in doing so because of limited powers and lack of human resource.”
According to the Uttar Pradesh Divisional Forest Officer, K.K. Pandey “Poaching is a great problem, which leads to the illegal trade and it can’t be stopped until the intelligence mechanism is enhanced.”
Shekhar Kumar Niraj, Additional Principal Chief Conservator of Forest (Protection and Vigilance) in Tamil Nadu, said wildlife products were smuggled in line with international and domestic demands.
“It’s a very sensitive issue. There should be more strategic approach to prevent this crime. Modernisation of the forest department, improved combating power, detection of the crime and criminals and staff training are the basic things which will really help to curb the menace,” he told IANS.
“There is no money spent on intelligence which is a very important aspect. Without effective intelligence inputs, it is not possible to detect crime and get the true picture of wildlife killings. Interstate coordination is also very important,” he added.
Niraj underlined the importance of improving the conviction of smugglers to minimise the crime. “The current conviction rate is between 2.5 and 3 per cent. It is a very poor rate. If it increases, the crime will automatically go down.”
Officials and experts also admit that for every record of seized materials, there is no reliable estimate as to how much of Indian wildlife — live and body parts – were smuggled out of the country. (IANS)
By Rajnish Singh 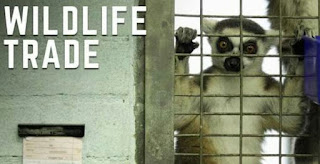