- June 17, 2017
London: India got off the mark in their 2017 ICC Champions Trophy campaign with a massive 124-run victory over Pakistan, in a rain-threatened game at the Edgbaston Cricket Ground, in Birmingham, on Sunday.
Sometimes when the fans are passionate about a team, there can be an excess of zeal. That’s just what happened after Pakistan entered the final of the Champions Trophy.
Sourav Ganguly, former captain of the Indian National Team was inside his car when fans started to heckle him and attacked his car. They were shouting slogans and spreading the flag across the hood.
Ganguly was held up and unable to pass as they cornered him from all sides. However, he took it bravely and waved at them with a smile from inside. If it was meant to taunt him about facing in the final, they must remember that the second semifinal was yet to be played at that point between India and Bangladesh.
Ganguly dominated the series with 222 runs and 15 wickets, five of which came on September 18, 1997 when he helped India to an unassailable 3-0 scoreline with career-best figures of 5/16 in 10 overs of medium pace at the Toronto Cricket, Skating and Curling Club ground.
Eventually the fans relented, but the video shows how they lose it and forget what they are doing. 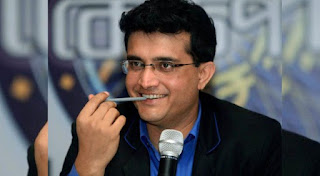