Over 500 fake doctors with fake degrees and documents are currently active in West Bengal: CID

- June 01, 2017
In a major development in their ongoing probe into a fake doctors' module, West Bengal Criminal Investigation Department (CID) investigators said that more than 500 doctors with false degrees and documents are currently practicing in the state.
In a recently filed report to state police's DG, CID officers mentioned that nearly 550 fake doctors are working with several government-run and privately-owned hospitals in Kolkata and other districts of West Bengal as well.
"After booking two fake doctors with false documents from two state government-run hospitals in two districts of north Bengal, we began probe into the matter and have arrested three more such fake physicians, one out of which had been working with Kolkata's Belle Vue Clinic since last few years, so far," a senior CID official told IBNS.
"We recently submitted a five-page report on the developments in this investigation before the DGP of West Bengal, mentioning that more than 500 doctors with false degrees and certificates are active in several parts of the state," the official added.
The report also said that five fake doctors have already been arrested by the CID while 14 more, two out of which are currently working at two popular private hospitals in Kolkata's EM Bypass area, have been identified and they are under the scanner of state probe agency, according to sources.
"We will book more fake doctors very soon," the CID official said.
Since the first week of May, CID has arrested at least five fake doctors from different districts of the state and seized several false degrees and medical certificates from their places.
(Reporting by Deepayan Sinha, IBNS) 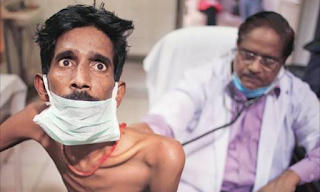