- June 17, 2017
Jorethang Police have arrested one Mani Kumar Rai (40) of Upper Wok, South Sikkim in connection with death of Krishna Prasad Rai (30) whose body was found Friday in the forest area at Upper Wok, South Sikkim.
The victim was reportedly hacked to death with a machete in the forest area of Upper Wok. During interrogation, Mani Kumar Rai, a labourer by profession revealed that past rivalry was the reason behind the murder as he was thrown out of work because of his irregularity, by the deceased who happened to be a petty contractor.
Jorethang Police have registered a case of murder against Mani Kumar Rai and investigation into the case is on. 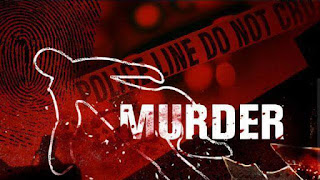