- June 26, 2017
The India-Nepal border was sealed for three days beginning Monday ahead of the second phase of local level election scheduled to take place on June 28.
The border was sealed after a meeting between the security officials of the bordering districts of the two countries held at Supaunli, the Kathmandu Post reported.
The Kathmandu Post quoted the Chief District Officer, Yagya Raj Koirala, as saying that the border has been sealed off for the second round of the local polls slated for June 28, and it will open and operate as before from June 29. 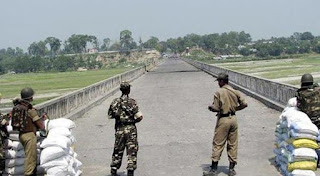