- June 16, 2017
Calcutta High Court today directed the Bengal government to ensure that a rape victim got Rs 3 lakh as compensation under the Victims' Compensation Scheme.
According to senior lawyers, the order to the State Legal Aid Services Authority is significant because this is the first time in recent memory that a court has directed the state government to compensate a rape victim under the scheme.
"Usually, acid victims get compensation under the scheme. But the high court today created a precedence by bringing a rape victim under the plan," said Jayanta Narayan Chaterjee, an advocate not connected to the case.
The division bench of Justices Ashim Kumar Roy and Ashis Kumar Chakrabarty issued the order today while hearing the bail petition moved by the youth who had allegedly raped the woman with an assurance to marry her.
Telegraph 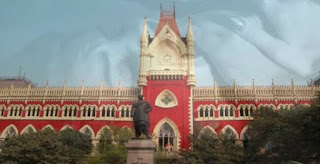