- June 15, 2017
Darjeeling braced for more violence on Thursday morning as the police raided the offices of Gorkha Janmukti Morcha (GJM) and the hill party called for an indefinite strike in protest.
The raid came as an indication that chief minister Mamata Banerjee was ready to crush the protests demanding a separate state of Gorkhaland that has triggered violence in the northern Bengal hills.
Home ministry seeks report from West Bengal government on Gorkhaland issue, asks state government to maintain law and order, reports ANI.
Gurung’s wife says police and ruling party supporters are ransacking their house. However, she did not reveal where she was, or where her husband was.
Police and Trinamool Congress supporters entered our house and set a car on fire around 2pm today, says Asha Gurung, GJM president Bimal Gurung’s wife. 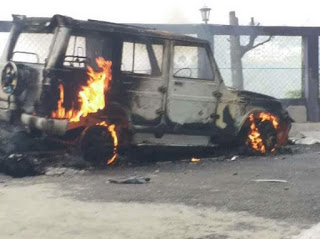 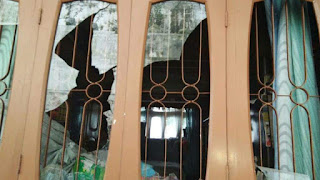 District magistrate of Darjeeling Joyoshi Dasgupta leaves for Patlabash to take stock of the situation.
GJM trying to mislead people by claiming that weapons seized were part of the traditional local culture, says Anuj Sharma, additional director general (law and order) at the state secretariat. “It is not true. The weapons were stockpiled to resist and attack the police.”
“It is time for all parties to restore peace. GJM can carry out a democratic movement but their intention is different. What was the purpose of keeping so many bows and arrows and a huge amount of money in their office?” asks Rajen Mukhia, TMC hill district committee president. 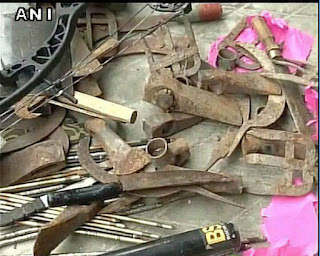 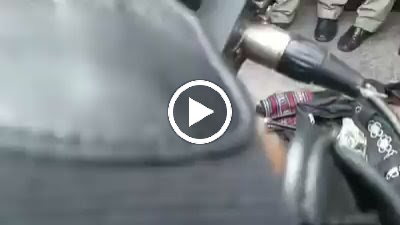