- June 07, 2017
Bengal Cabinet to meet at Darjeeling today
After holding administrative meetings in different districts across the state, the West Bengal government has decided to hold Cabinet meetings in the hills and Jangalmahal also.
On May 29, the Bengal Chief Minister Mamata Banerjee, during a press meet a Nabanna said, “We will hold our next Cabinet meeting in Darjeeling on June 8. Yearly, two out of the four Cabinet meetings will be held in the hills. The rest of the two meetings will be held in different districts of Jangalmahal. Therefore, the north and southern districts will be covered,” she told.
The Bengal CM also requested her ministers not to disturb tourists by staying in hotels since that time will be the peak season for tourism in Darjeeling and adjoining areas. She said, in Darjeeling, the Cabinet meeting will be held at the Raj Bhawan and therefore a couple of senior ministers will be able to stay there.
“Yearly, we will hold two meetings at different places in the hills. In Jangalmahal, we will hold the meetings in Birbhum, Bankura, Purulia, Jhargram and West Midnapore districts,” she had said.
AITC 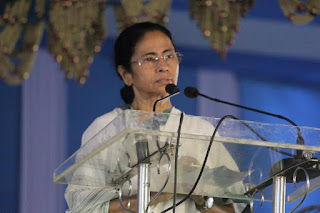