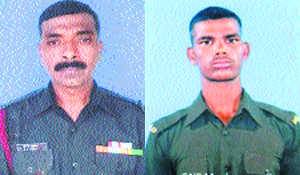 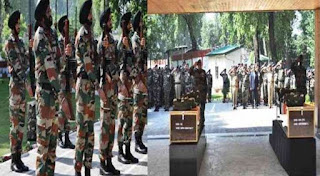 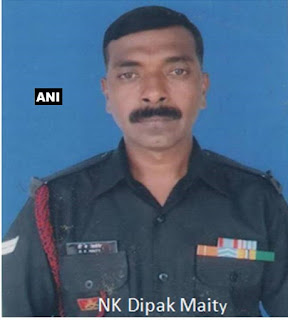 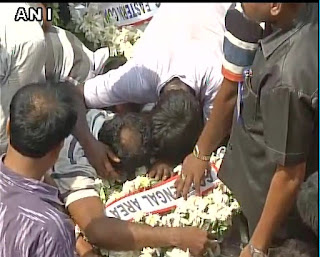 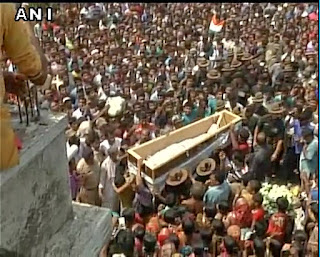 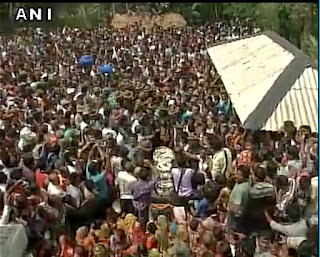 Indian Army on Sunday paid a fitting tribute to two of its comrades, who lost their lives in an attack by terrorists in Qazigund district of Jammu and Kashmir on Saturday.
A wreath laying ceremony was held at Badami Bagh Cantt, Srinagar, and was attended by Jammu and Kashmir Director General of Police (DGP), S.P. Vaid, Lt. Gen. J.S. Sandhu, Chinar Corps Commander and many other senior officials from security forces and civil administration.
Late Naik Dipak Kumar Maity and late Gunner (Operator) Manivannan G. were killed in an attack by heavily armed terrorists on an Army convoy in Jammu and Kashmir’s Qazigund district on Saturday.
Late Naik Dipak Kumar Maity was from Midnapur, West Bengal and joined Army in 1997. He has left behind his wife, Rikta and a 13-year-old daughter.
Late Gunner (Operator) Manivannan G. belonged to Thiruvannamalai in Tamil Nadu and was only 25 years. He joined the Army in 2013 and has left behind his parents, mother G. Chinnaponnu and father Gopal G.
The mortal remains of the soldiers will be flown for last rites to their native places today.
The Army convoy, which was on its way to Jammu from Srinagar, was indiscriminately fired upon by militants near the Lower Munda toll post yesterday.
According to reports, militant outfit Hizbul Mujahideen has claimed responsibility for the attack. 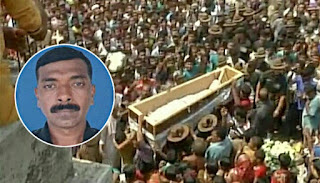