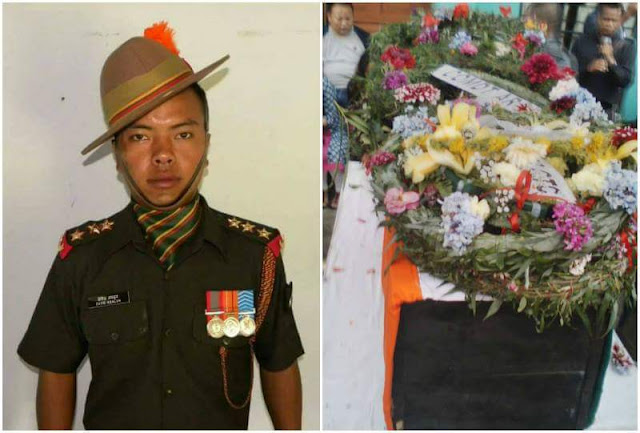 2.Maj Manlun hailed from Churachandpur district in Manipur. His father, subedar (retired) Khamzalam, served in the Assam Rifles. Maj Manlun was a student of St Anthony’s School in Shillong, Meghalaya. He followed the footsteps of his father to join the Indian army. Major David Manlun was from 2 NAGA battalion, he was posted with 164 Territorial Army.

3.Major David Manlun was about to join the National Security Guard NSG Commando. 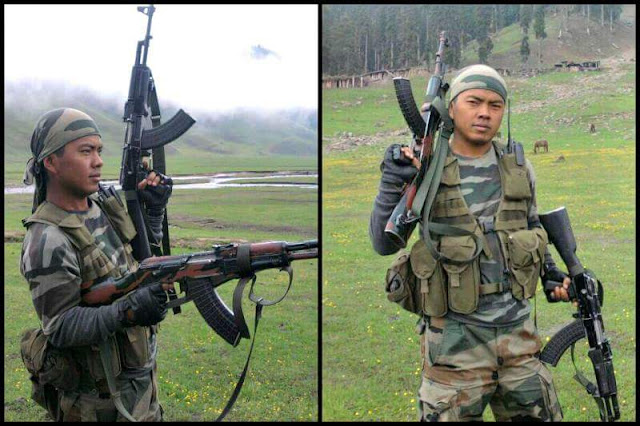 4.The encounter took place at around 12.30 am when a combined team of the Para commandos and the Naga Territorial Army combed  an area close to Lapa Lempong after receiving reports about the movement of a group of militants belonging to the Paresh Baruah faction of ULFA and SS Khaplang faction of the National Socialist Council of Nagaland (NSCN-K). As per the sources, during the action, he was leading his men from the front. He took the first bullet to save his men under his command.

Plaques and Patches said…
I generally check this kind of article and I found your article Plaques and Patches which is related to my interest. Genuinely it is good and instructive information. Thankful to you for sharing an article like this.
16 June 2022 at 17:38