Congress workers called it "murder of democracy" and protested at a police station. The party also withdrew 10 candidates in Domkal. 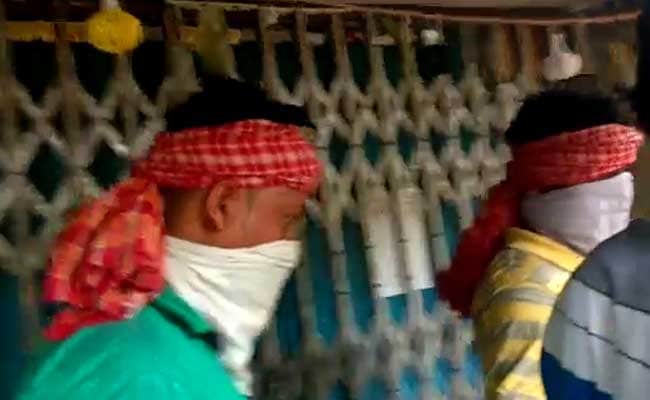 West Bengal: A motorcycle-borne gang of 30-40 masked men threw bombs at a polling booth in South 24 Parganas' Pujali and damaged EVMs at several other booths even as voting for civic polls in civic bodies in West Bengal, including four in Darjeeling, is underway. While locals alleged they were Trinamool miscreants, Congress workers have called it "murder of democracy".

Here are 10 points on violence that erupted during civic elections in West Bengal:

Polling is being held in the seven civic bodies of Darjeeling, Kurseong, Kalimpong, Mirik Notified Area Authority in the Hills besides Domkal in Murshidabad, Pujali in South 24-Parganas, and Raiganj in North Dinajpur.

Alleging heavy firing, booth rigging and violence by the ruling TMC in Domkal in Murshidabad district today, West Bengal Congress president Adhir Chowdhury instructed the 10 candidates in Domkal to withdraw from the polls.

A team of Rapid Action Force (RAF) personnel has been deployed in the area after the incident.

Domkal remains tense after a Trinamool leader was murdered in the district on Friday and four Congress leaders arrested.

"I have instructed all our 10 candidates in Domkal to withdraw from the fray as the elections have become a farce because of the booth rigging and violence by the TMC," he said.

Mr Chowdhury alleged that Congress polling agents were driven out of the polling booths in Domkal by TMC activists. In the 21-member Domkol municipality, the fight is between the Trinamool Congress and Congress-CPI(M) alliance.

Days before the election, West Bengal BJP president Dilip Ghosh had demanded deployment of central forces for a "free and fair" municipal poll.

"The TMC has unleashed a reign of terror. We feel that the state police will be unable to conduct a free and fair poll, which can only be ensured by central forces," Mr Ghosh had said.