Trinamul MP Tapas Paul and his family had received over Rs 55 lakh from the Rose Valley group, including Rs 10 lakh as salaries for functioning as the director of its sister concern, the CBI has said in its charge-sheet.

The central agency has quantified the amount Paul is alleged to have received from Gautam Kundu and his group during its probe into the Rs 1,700-crore Rose Valley scam.

The monetary benefit, according to the charge-sheet, includes Rs 51,5,647 Paul charged for appearance in a television cookery show from 2009 to 2013, Rs 5 lakh for acting in Cornel movie in 2012 and Rs 10 lakh he received as salary from November 2009 to August 2010 as the director of a sister concern of Rose Valley Group.

The charge-sheet says Paul had taken Rs 2 lakh from Kundu in the presence of Navojit Mukherjee, then cashier of Rose valley, on September 18, 2012, out of a "Secret Fund".

The receipts and payments under the secret fund were not recorded in the official accounts of the Rose Valley Group. Besides, Rs 2 lakh the MP had been paid by Brand Value Communications Ltd was shown as "Donation" in the accounts.

"The money was received by Dinanath Singh, the driver of Paul. The driver was regularly deputed by Paul to collect money from different offices of Rose Valley group the details of which are under investigation," said the charge-sheet.

On the pretext of purchasing a plot from Rose Valley Real Estates and Constructions Ltd, the CBI says, Paul wrote to the Reserve Bank of India on May 29, 2010, enquiring whether such company fell under the purview of the central bank. The RBI replied that the firm was not under its purview as it was not a Non Banking Financial Company.

"The reply of the RBI was arranged for misuse by the promoters of the Rose Valley Group in misleading the agents by projecting that the business of Rose Valley Real Estates and Constructions Ltd did not come under the purview of RBI. Fact remained that Paul did not book any plot and he falsely issued the letter under reference for the benefit of Rose Valley group by gross abuse of his political position as in the process he utilized his official letterhead," mentioned the charge sheet.

The CBI had arrested him on January 3 in connection with the Rose Valley deposit-mobilisation scam. Immediately after the arrest in Calcutta, Bandopadhayay was shifted to Bhubaneswar. He has been remanded in jail custody and is now under treatment at a private hospital. 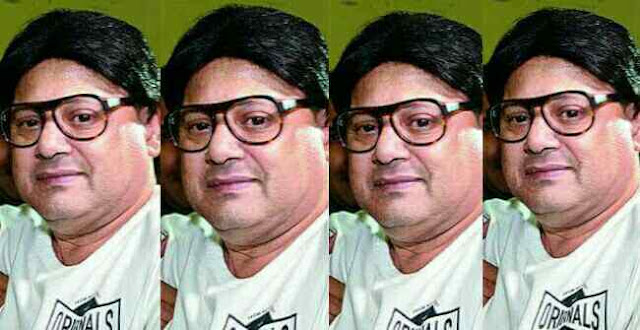 miladrealestate said…
I liked your work and the way in which you have shared this article here about Real Estate. It is a beneficial and helpful article for us. Thanks for sharing an article like this. atherton house for sale