Sin at the top of the world: Hong Kong company to turn Nepal into next gambling hub after Macau

- May 22, 2017
‘Within a day’s drive of the Nepal border, there are 400 million Indians living in an area which will soon have easy access to top-quality gaming,’ says Tim Shepherd, founder of Hong Kong casino operator, Silver Heritage
It might sound like an exotic idea to gamble on opening a casino at the foot of the Himalayas.
Yet for 400 million Indians inhabiting the north of the subcontinent, particularly the booming nouveau riche, just a few hours’ drive across the border could soon unlock the euphoria of splurging in their chosen game of chance, fully legally. 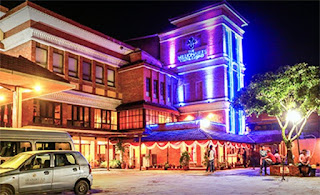 A little-known Hong Kong company, which is Australian-listed, operating casinos in communist Laos and Vietnam has placed its biggest bet yet on a sprawling US$40 million (4.1 billion Nepalese rupees) casino resort in Nepal, just 12 km from the Indian border.
The lavish property is around 330 km away from Lucknow, the capital of Uttar Pradesh state and one of the most prosperous cities in India
With the ongoing rise in the number of wealthy Indians, the “mountain kingdom” – sandwiched between two Asian superpowers, with a population of just 29 million – is increasingly being touted as the next Asian casino capital, with many drawing parallels with Macau’s rapid ascend to the top of game, propelled by gambling-obsessed affluent Chinese.
“Just along the Indian border, within a day’s drive of the Nepal border, there are 400 million Indians living in an area which will soon have easy access to top-quality gaming,” Tim Shepherd, co-founder of casino operator Silver Heritage, told the South China Morning Post.
Like China, gambling is heavily prohibited in India with only two small enclaves, Goa and Daman, on its west coast legally allowing casinos of any sort.
“India is a very, very wealthy country ... hundreds millions of people potentially want to gamble, and so what we have done is to put a casino within their reach,” said Shepherd.
His opulent “Tiger Palace” complex, in sight of the dramatic Himalayas, boasts a 26,600 sq ft gaming floor, five-star hotel blocks, villas, a spa, a swimming pool, plus an array of restaurants and banquet facilities, and it’s all set to welcome its first visitors in August.
Despite the national Indian gambling ban, punters in the world’s fastest-growing economy have created a thriving legal and underground industry yielding US$10 billion a year in gross gaming revenue, according to estimates by Union Gaming Securities.
During the festive season of Diwali, the industry hits the jackpot as Indians across the country enjoy a secretive seasonal punt, which they consider auspicious.
The massive capital city of New Delhi, in north India, has long been labelled by local media as a “hub” for the trade, thanks to its armies of wealthy high-rollers, more than willing to flash the cash.
But faced with limited options at home, many of those well-to-do are starting to jet off instead, thousands of miles southeast to Macau and Singapore.
In 2010, when two casino properties – including Marina Bay Sands – opened in the Lion City, Indian tourist arrivals to the city-state skyrocketed.
An aerial view of the sprawling Tiger Palace gambling complex in southern Nepal, ready for its first punters in August. Photo: SCMP Handout
But one problem has proved to be that Indians have vastly different gambling styles from Chinese, meaning Macau particularly has started finding it harder to entice them.
“Indians really like to drink, and like whooping and cheering, unlike what you see in Macau,” Shepherd said. 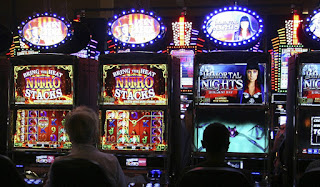 Indian punters also like to watch Bollywood dance performances on the gaming floor – barely imaginable in the former Portuguese colony, he added.
“When the Indians come to Macau, they find it hard to enjoy themselves,” he said.
Indians really like to drink, and like whooping and cheering. When they come to Macau, they find it hard to enjoy themselves
TIM SHEPHERD, CO-FOUNDER OF AUSTRALIAN-LISTED CASINO OPERATOR, SILVER HERITAGE
Silver Heritage already runs a small casino in Nepal’s capital Kathmandu targeting visitors from northern India’s Delhi and Uttar Pradesh, opened in 2015 after the local authorities lifted the ban on foreign investments in the sector. The government also ended its four-decade gambling monopoly by a domestic company, three years ago.
The tiny nation is now hoping casino tourism will give a much-needed boost to an economy which is still heavily dependent on agriculture, and Silver Heritage is betting big that Indian middle-class punters will flock in their droves to Tiger Palace.
Roads and airports close to the border are being upgraded, while Nepal’s national carrier, Nepal Airlines, has relaunched direct routes connecting Mumbai, in the west of India, with Kathmandu.
Before the entry of overseas gaming giants like Wynn Resorts that fuelled the astounding growth in mainland visitor numbers in the 2000s, Macau was nowhere near Las Vegas in terms of gambling receipts. Now the southern Chinese enclave sits in the elite club of the ten territories on earth counting the highest GDP per capita.
Analysts do warn, however, that the constant border tensions between Nepal and its heavyweight neighbour to the south could cast a lingering shadow over its gaming ambitions.
In March, the country’s anti-India sentiment reached a new high after media reports that one of its nationals had been shot dead by Indian troops on the border, following a clash over illegal construction of a culvert.
The impact of an Indian blockade or any new diplomatic disputes could cause a far-reaching damage not only to its trade, but tourism as well.
But Silver Heritage’s Tim Shepherd says he is fully confident the appeal of his Tiger Palace will be too good for many Indian free-spenders to resist.
Celine Ge
Nepal

Lakshya PareekBR said…
Nice article, Which you have shared here about the Path of Exile. Your article is very informative and useful to know more about the process of playing Path of exile game. Thanks for sharing this article here.casino game development company
1 April 2022 at 22:01