Hon'ble Chief Minister of Sikkim, after receiving the award and in his remarks to the gathering expressed the gratitude of the people of Sikkim to the family of Sri Shekhawat for having recognized the achievements of the State in areas such as organic farming, environmental conservation, cleanliness and sanitation and generation of renewable sources of energy like hydro-power.  He recounted his association with the Late Sri Bhairon Singh Shekhawat and hailed his achievements in diverse areas of public life, especially his initiative in starting the Antyodaya programme in Rajasthan which was also replicated later in Sikkim.  Sri Chamling also hailed the initiatives of the present Central Government under the leadership of Sri Narendra Modi, Hon'ble Prime Minister of India, in areas such as Swacch Bharat, Digital India, Make in India, creation of basic infrastructure and alleviation of mass poverty.

Hon'ble Chief Minister dedicated the award to the people of Sikkim.

During the event, His Excellency Sri Pranab Mukherjee, the President of India delivered the first Bhairon Singh Shekhawat memorial lecture, wherein he dwelt at length on the parliamentary traditions of Indian democracy.   He prefaced his lecture stating that Sri Pawan Chamling has emerged as a unique Chief Minister who has made Sikkim a model for India to follow. 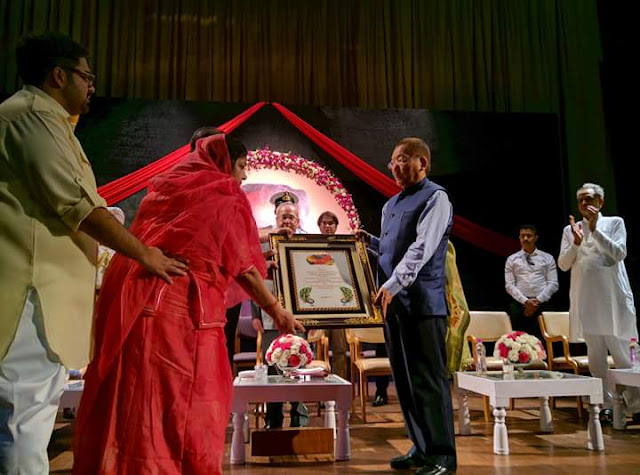