Two people were brutally attacked by unknown people with sharp objects today morning at Railgate area in Siliguri between Alupatty and Mahabirstan.

Both seriously injured were soon rushed to hospital out of which one succumbed to injuries. The deceased has been identified as Gopal Ghosh, member of local bapshayee samity.

Local van walas who were there informed ILS that the incident took place around 11am near the flyover where several shops have come up.

Sources say one political party had allowed earlier settlers there to construct shops near the flyover which opposition party was objecting. Today's feud was a result of this said sources.

After the incident shops at railgate area pulled down shutters and police is at spot to stop any untoward incident. 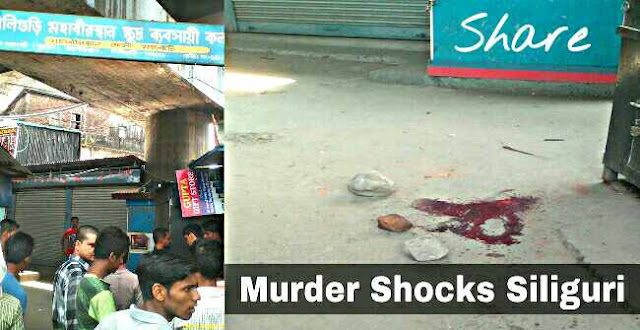