Binod Bishwakarma (23) hails from Mangshila, North Sikkim has won the gold medal in 57th Senior National Body Building championship 2017( 60 kg weight category). Along with this Biswakarma also won the title of Mr. India. The championship was held at Ahmedabad, Gujrat from 21 st to 23 rd April.

Biswakarma took his training at Sichey Classic body zone, gym with Trainer Ashis Rai and  Rabin Pradhan as Mentor and he started body building from
2013.  He has also won the title of Mr Sikkim by the champion of the champion title in a recently held Body Building championship.

I. B. Gurung,  Head coach and advisor of the Sikkim State Body Building Association had said this is almost after 20 years Sikkim has able to bring Gold medal in a national level which is great achievement. 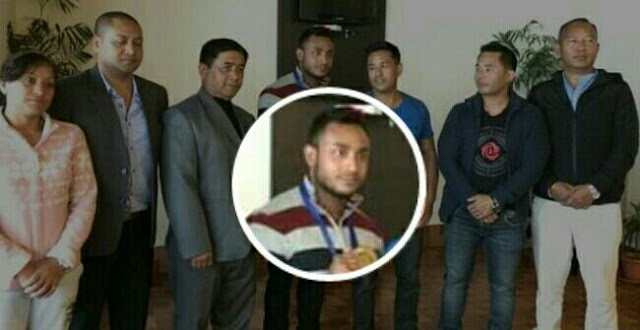