Is Using the Word Gorkha Forbidden? Yes, says District Administration - We say, NO !

The recent showcase notice issued to all the GJM leaders for using the word “Gorkha” in their municipal election posters has left many in the hills fuming, and rightfully so. While everyone respects the Supreme Court order to prevent seeking votes on the basis of religion, caste or race, in the context of Darjeeling, the very term “Gorkha” does not elude to any particular race.

In a letter to the State Election Commission, the Darjeeling District Magistrate Writes among other things, “They [GJM] have repeatedly tried to divert attention to ”Gorkhaland” which was not the subject of the show casue notices. In their reply in Para 9, they have again said that general public should vote for GJMM for bright future of Gorkhas.

The question is why should only the “Gorkha” race be singled out and targeted when the region is inhabited by Lepchas, Bhutias, Bengalis, Biharis, Marwaris and many other caste/language groups for hundreds of years and the constitution of India allows all citizens the Fundamental Rights to live and work anywhere in India.”

Given the language and tone of the letter to the state commission… it almost feels like the Hon’ble DM Darjeeling is promoting a particular narrative of "Gorkhas does not include Lepchas and Bhutias etc" spewed by the Bengal government, or she is unaware of certain ground realities.

As Upendra had tried to explain in an article, written back in 2016 [Details: http://bit.ly/2rbprBv ]…

“Many people view identity as an absolute thing, which it is not. Identity is a multi-layered, multi-faceted entity which is derived from who we are, how we live, where we live, how do we identify ourselves as, how do others identify us as, and so on. In Darjeeling, we are at the same time Indians, people of Nepali ethnicity, and residents of West Bengal (though forced upon us) and so on.

For instance take the term “Gorkha” itself.

Even in India the term “Gorkha” refers to various groups, for instance in the North East it is used to refer to Indian citizens who are ethnically Nepali, and in Darjeeling, traditionally it referred to the three predominant hill groups ‘Lepcha, Bhutia and Nepali,” and today the term “Gorkhas’” in our Darjeeling hills refers to everyone who was born here, hence we have “Gorkha Bengali,” “Gorkha Marwari,” “Gorkha Muslim,” “Gorkha Bihari” and so on.

And what is most important for us to realize is the fact that all of the above mentioned uses and definition of the term “Gorkha” are correct. Which is why I have asserted, “identity” is not an absolute entity, it’s a dynamic and ever changing fluid concept, and is derived from the time, place and context in which it is used.”

If the people living in Punjab are Punjabis, if the people living in Bengal are Bengalis, the people living in Gorkhaland Territorial Administration are Gorkhas; and Bengal government understands this well, however show causing the entire GJM leadership for the use of the word “Gorkha” reeks of political opportunism of the lowest grade, either that or the DM Darjeeling is unaware of the ground realities or our region.

Given that she is newly appointed to our region, perhaps it will help for her to study the history of our region before making such divisive arguments herself.

Did the DM Darjeeling know that, the preamble of the GTA Act, 2011, para 4 reads “whereas the objective of this Agreement is to establish an autonomous self governing Body to administer the region so that the socio-economic, infrastructural, educational, cultural, and linguistic, development is expedited and the ethnic identity of GORKHAS established, thereby achieving all round development of the people of the region.”

Now the question is, in writing this preamble, did the Bengal government mean to just focus on the development of the Nepalis, while ignoring the development needs of “Lepchas, Bhutias, Bengalis, Biharis, Marwaris and many other caste/language groups etc?” or did the Bengal government understand “Gorkha” to include everyone living under Gorkhaland Territorial Administration in 2011, but has conveniently changed its understanding of the term “Gorkha” today?

The broader use of the term “Gorkha” to represent diverse social groups within the geographical area encompassing the Darjeeling hills, Terai and Dooars is in itself indicative of the “conscious” endeavor of our predecessors to emulate political inclusivity of all. In implying that the term “Gorkha” excludes some section of our society such as the Lepchas or Bhutias or Marwaris, etc. is an “essentialist” or “deterministic” way of positioning the existence of these diverse communities as individual entities rather than a collective force – an attempt not to cater to the greater well-being of people here, but to strengthen some political agenda. This then puts the very argument of inclusion/exclusion as articulated currently by the representatives of the West Bengal Govt. in question.

The unique aspect of this small geography lies not in its beautiful land/waterscapes but in the diversity of its people particularly in terms people’s identities. The fluid nature of identity construction has paved way/space for people here (like elsewhere) to forge multiple identities be it that of ethnicity, or religion, or culture or region, national, political, social, etc., however what seems to be most visible and most politicized here is our ethnic identities. The repercussion of this politicization of our ethnicity can be seen in the fractured ethnically divided societies that we currently live in where we have various “ethnic development boards”. What this has done is eroded, weakened and tampered our sense of the “collective”.

Thus in this highly divisive society, the use/reuse of the term “Gorkha” is to imbue in us our collective “political” identity which can counter the hegemonic narratives that have been built against the demand for separate state – Gorkhaland.

It will serve everyone well to realize that the term "Gorkha" denotes the political identity of our people living in these  Darjeeling, Terai and Dooars region. 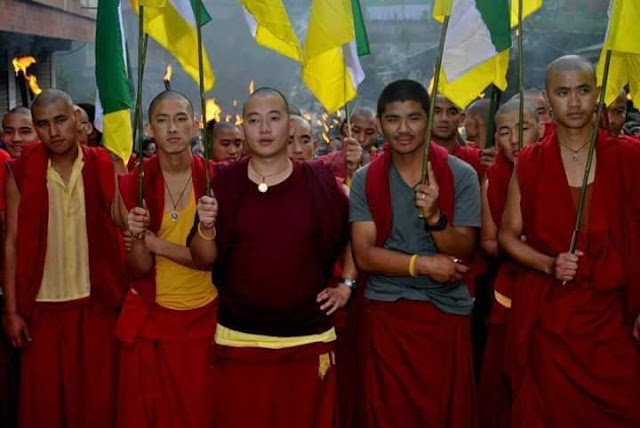 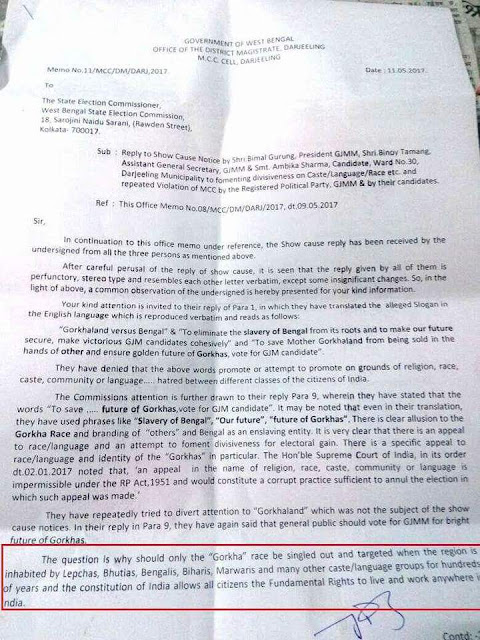