Sashastra Seema Bal today arrested a Hizbul Mujahideen terrorist while he was trying to cross over to the Indian side from Nepal.

He has been identified as Naseer Ahmed alias Sadiq, a resident of Banihal in Ramban district of Jammu and Kashmir.

He was involved in terrorist activities in the state along with active group of Hizbul militants since 2002.

Amid increased tension along the border in the wake of the recent ceasefire violations in Jammu and Kashmir's Manjakot and Nowshera sectors, the Sashastra Seema Bal (SSB) on Saturday arrested a Hizbul Mujahideen terrorist while he was trying to cross over to the Indian side from Nepal.

Identified as Naseer Ahmed alias Sadiq, a resident of Banihal in Ramban district of Jammu and Kashmir, he is being seen as a prized catch by SSB as the arrest can add to the evidence of terror attacks against India coming from Pakistani soil.

"A team from anti-terrorist squad of UP police reached Maharajganj on Saturday and was bringing Wani to Lucknow for further probes after producing him before the court. He seems to be a prized catch for us," said Asim Arun, inspector general ATS.

He was involved in terrorist activities in Banihal area of Ramban district along with active group of Hizbul militants since 2002.

The 34-year old terrorist was apprehended by the first Batallion of the SSB Lucknow frontier on Saturday evening at 5.15pm.

In the year 2003, he moved to Pakistan and joined the Hizbul Mujahideen.

He received physical and arms training from November 2003 to January 2004 at a place called Atak (Khyber Pakhtunkhwa Province, Pakistan) by Hizbul Mujahideen/ ISI and Pakistani army instructors, with an aim of waging war against India and to fight with Indian security forces in Jammu and Kashmir.

Sadiq was trained to operate weapons such as AK-47, Ak-56, SLR, Rocket Launcher (RPG7), Assault Rifle (G3 and G2) and grenades during his stint.

Aiming to carry out a terrorist mission in India, Sadiq landed in Kathmandu on May 10 from Faisalabad (Pakistan) via Sharjah (UAE), along with his accomplice Mohd Shafi.

From Kathmandu, the two parted ways and Naseer Ahmed boarded the bus to reach the Indo-Nepal Border, with the intention to sneak into the Indian Territory.

Sadiq was nabbed by the SSB forces here while attempting to sneak into Indian frontiers through from Nepal, disguised as a vendor selling carpets and Kashmiri shawls.

Upon interrogation by the SSB officials and Maharajganj District Police, he was unable to produce any documents to prove his identity. Subsequently on physical search, a Pakistani passport and identity card having address of Village - Lala Musa, Tehsil - Kharian, District- Gujarat, State - Punjab, (Pakistan) were recovered from his possession. TOI 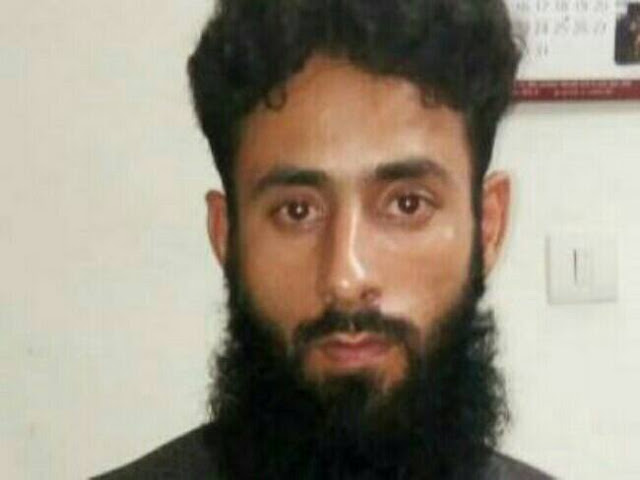