Two rival gangs of under-trial prisoners fought with each other at Malda District Correctional Home on Sunday night. Two inmates were injured and hospitalised after the incident, prompting the jail authorities to start an inquiry.

Hukka Ghosh, a close aide of Bakul Shekh, with a piece of brick.

Ghosh was lying in a pool of blood when his associates in the jail rescued him from the scene of the incident. The jail authorities then took him to the hospital.

Bakul's gang was waiting for an opportunity for retribution when they found Ibrahim Shekh, a close aide of Jakir. Ibrahim was attacked and beaten mercilessly by Ghosh's fellow gang members, after which he too had to be taken to the hospital in critical condition.

The two incidents were just the beginning of the gang war and fighting continued till the early hours of Monday.

"These two under-trial prisoners – Bakul and Jakir Shekh – have been fighting each other for years. They used to control different parts of the district and have been involved in many previous criminal cases," said a police source.

"Bakul and Jakir Shekh were the ones who actually controlled illegal poppy cultivation across the district. But recently Malda district administration and police along with the Excise department conducted

numerous raids against illegal poppy cultivators. That is when the two were arrested," the source said.

"I can recall an incident when Bakul and Jakir started a gun-fight on National Highway 34, killing many innocent people. The two criminals became a major headache for the district police for many years," the source added.

This year, Malda recorded 'zero' poppy cultivation as the poppy farmers in the district have now found an alternative source of livelihood. However, it was only possible after people like Bakul and Jakir were apprehended and no strongmen were intimidating the farmers into illegal cultivation. Not only are the farmers happy to get an alternative source of income, but are feeling much safer to have finally been rid of illegal cultivation 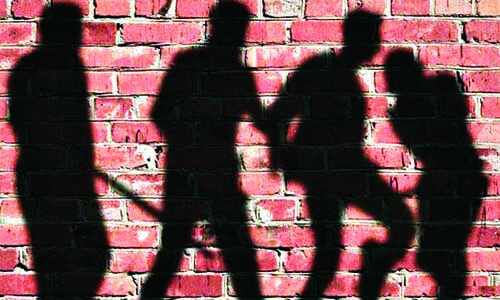