Where is the money - In Kolkata, Amit Shah questions Bengal CM Mamata Banerjee

BJP chief Amit Shah questioned the Mamata Banerjee Government in West Bengal and asked the Chief Minister to explain the fund allocation in the state as the Centre, he said, had offered enough financial assistance to her government.

Criticising the Trinamool Congress over scams which her party has mired itself in - Narada and Sarada scams, Shah said that he is worried about the development and progress of West Bengal.

"You all know about issues like Narada, Sarada scandals and law and order problems. But there remains another issue - where has the fund allocated to the state by the Centre gone?" he asked.

"While the 13th Finance Commission had allocated Rs 13,585 crore to Bengal in five years, you will be happy to note the Narendra Modi government gave Rs 2,82,942 crore to Bengal. Where has this money gone?" he asked the crowd at a Vikas Sabha of the party.

"There has been no development in the state -- no roads, poor electrification in rural areas. Can Mamataji tell the people of the state where the money went," Shah said.

He also took a swipe at the West Bengal Chief Minister for protesting against demonetisation and said: "While the entire world has been praising the note ban, only Didi (Mamata Banerjee) was crying hoarse."

The BJP president exhorted the people of Bengal to give his party a chance "since you have already tried the the Congress, the Left and the TMC."

Some intellectuals including BJP MP, actress Roopa Ganguly were also present on the occasion at Mahajati Sadan in Kolkata. 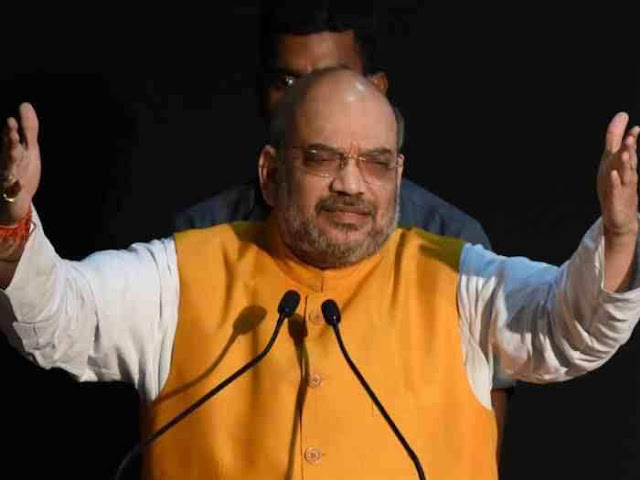