Chief minister Mamata Banerjee is set to woo the Rajbanshis who make up 50 per cent of the population in the Cooch Behar and Alipurduar districts, the move being perceived as an attempt to counter the BJP.

Eyeing the rural polls, Mamata will arrive in north Bengal for a five-day visit on April 24 and will attend a number of programmes in both the districts. During her visit, she will also be felicitated by the Kamtapur Progressive Party (KPP) for the state's decision to recognise the Rajbanshi language.

In Cooch Behar district, Rajbanshis form over 50 per cent of the total population and among the nine Assembly segments of the district, five are reserved for Scheduled Castes.

For the past six-seven months, the BJP has been fast emerging as the principal contender of Trinamul and the Left and Congress have been obliterated from several areas of the district.

Even in the by-election to the Cooch Behar seat held in November last year, the BJP climbed up to the second position.

The BJP has roped in Ananta Maharaj, who heads one of the factions of Greater Cooch Behar Peoples' Association (GCPA), an organisation that is demanding a statehood status for Cooch Behar, which was earlier a princely state.

"In such a situation and particularly when the rural polls are ahead, Mamata Banerjee and her party have taken the task to retain their support base in the district and prevent further progress of the BJP. Simultaneously, Trinamul has managed to get KPP and another faction of GCPA headed by Banshi Badan Burman on board as the state has announced that it would recognise the Kamtapuri or Rajbanshi language," a political observer said.

That is why, he said, Mamata's visit to Cooch Behar is significant. On March 6, the state had also formed a committee to recommend to the state what it should do for implementing the decision of recognising the language.

"It has been a longstanding demand of the Rajbanshi population. If the state implements the decision, it would largely help Trinamul in the upcoming polls in the Rajbanshi-dominated constituencies of north Bengal," the observer said.

On April 24, the chief minister is scheduled to arrive in Cooch Behar and attend an administrative review meeting of the district at the indoor stadium.

On April 25, she will attend a public distribution programme at the ground in Chakchaka Jute Park area and later in the afternoon, she will visit the Rashmela Ground where KPP will felicitate her.

"The chief minister will be there in our meeting. We intend to make an assembly of over one lakh people to thank her for the decision on our language. We are expecting some more announcements from her during the visit," KPP president Atul Roy, who has camped in Cooch Behar to make arrangements, said today.

From Cooch Behar, the chief minister will head for the forest lodge located in Malangi, near Hasimara in Alipurduar district.

Birpara comes under the Madarihat Assembly seat, where the MLA is Manoj Tigga of the BJP. In last year's Assembly polls, the BJP had bagged two seats in north Bengal, the other being Baishnabnagar in Malda. 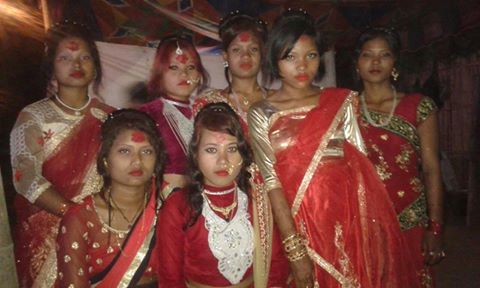