Nepal and China are set to sign the much-talked about deal for a cross-border rail network, Deputy Prime Minister Krishna Bahadur Mahara has said.

Mahara said the agreement for the proposed rail network between the Nepalese capital Kathmandu, which stands at an elevation of nearly 1,400 metres above sea level, and Kerung, a bordering town of China, would be signed soon.

He was speaking at a programme organised by the China Study Centre and the Nepal Institute for Strategic Centre on the ambitious ‘One Belt, One Road Initiative and South Asia’ here yesterday.

Nepal’s Prime Minister Prachanda had assured China that Nepal would sign an agreement to extend the rail network from Kerung to Kathmandu, Pokhara and Lumbini, said Mahara, who is also the Minister for Finance.

“As per the PM’s proposal, we are making preparations to sign the agreement with China soon,” he was quoted as saying by the Kathmandu Post newspaper.

While it is uncertain yet whether Nepal would be part of the OBOR, Mahara, who is set to lead Nepal at an OBOR conference in Beijing next month, said Nepal wanted to take advantage of the plan.

“We have taken it as an opportunity to expand economic cooperation,” he said, “Nepal is at final stage to sign the initiative to which the government has accorded the highest priority.

“We are sure a country like Nepal will be helped by this initiative which is expected to bring together many countries, including those in South Asia.”

Though top Nepali officials, including the prime minister, have been insisting on Nepal’s participation at the OBOR conference, sources privy to the development told the daily that negotiations and consultations with the Chinese side was underway and no concrete decision has been made yet.

During his recent visit to China, Prachanda had assured Chinese leaders that Nepal would be the signatory of the initiative by April 20. But Nepal could not meet the deadline because a text for the agreement was not ready, the report cited an unnamed official as saying.

During the programme, Chinese Ambassador to Nepal Yu Hong highlighted the advantages of OBOR while urging the Asian nations to become the part of the event where representatives of over 150 countries are expected.

“It will fulfil the development appetite of South Asian nations,” Yu said.

This is published unedited from the PTI feed. 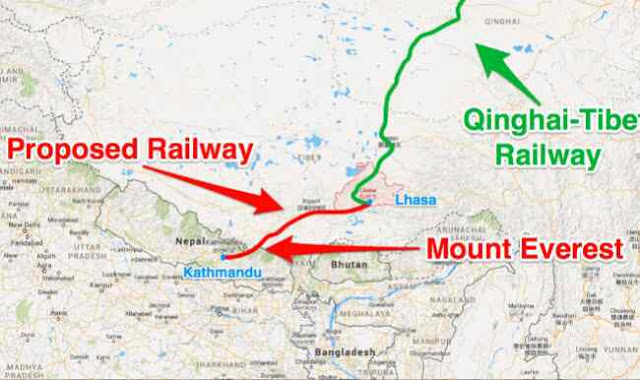