An autopsy on a 15-year-old Thai student who was found dead at a hotel in Kurseong early last month confirmed he died from a lack of oxygen to the brain, possibly as a result of a gas leak.

However, results of an initial autopsy from a hospital have not been revealed.

Chinbunchorn Koetsirikunwong reached Kurseong town on March 7 to seek admission to a boarding school. He was found dead in the bathroom of the Cochrane Place Hotel the next morning.

A hospital performed an autopsy before the body was returned to Thailand, where another autopsy was performed.

The Institute of Forensic Medicine at Police General Hospital in Thailand published papers confirming that Chinbunchorn's death was due to a lack of oxygen to the brain.

The autopsy showed there were no alcohol or drugs in his system.

In March, a source at the Indian embassy in Bangkok, who asked not to be named, said local police cited food poisoning as the cause of Chinbunchorn's death.

The hotel was forced to shut down three weeks later after the body of another man who went to use the hotel's washroom was also found there.

India's Millennium Post on March 19 reported the cause of the deaths could be the hotel's LPG gas-powered water heater.

"All heaters present in the washrooms of the hotel's 31 rooms are connected to a central LPG heating system," the newspaper quoted Nigel Chowdhury, the operational head of the hotel, as saying.

The young Thai victim's two friends were found unconscious in an adjacent room, but recovered and returned home to Bangkok on March 13.

No details were to hand on why they think they lost consciousness.

The dead boy's father, Sittichai Koetsirikunwong, said he will file a lawsuit against the owner of Cochrane Place once he gets the autopsy results from the Indian hospital.

"This is about safety standards and the safety of students in India," he said.

"I was worried local police would collude with the hotel owner to get her off the hook," he said, adding that he has not heard any more on how the investigation into his son's death is developing.

The hotel owner, Rita Arora, declined to comment on the latest developments.

Meanwhile, an official at the Indian embassy in Bangkok, who asked not to be named, said the embassy has not been updated on the case since last month.

Mr Sittichai received the autopsy results from Police General Hospital on April 5, but had decided to wait on the Indian hospital's results before making his next move.

"Either way, he was dead," Mr Sittichai said. 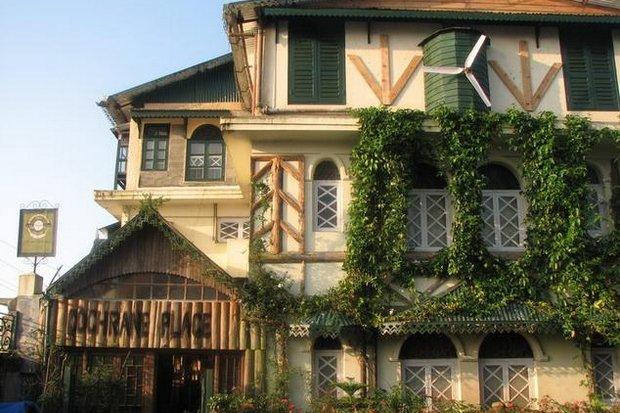