Five Mizoram residents, including two women, were today arrested for possessing some 21.5 kgs of contraband gold worth about Rs 7 crore following frisking in a Siliguri bound bus from Shillong, Directorate of Revenue officials said. The arrest and seizure was made this afternoon while the DRI officials were frisking the bus at Mallaguri following a specific information. Altogether 79 pieces of biscuit sized gold were seized from them. All five were later remanded to 14 days judicial custody by Siliguri court. The arrested persons were Dartlingi (62), Saiangi (20), Sangluna (49), Laliyanchunga (22) and Kungliana. 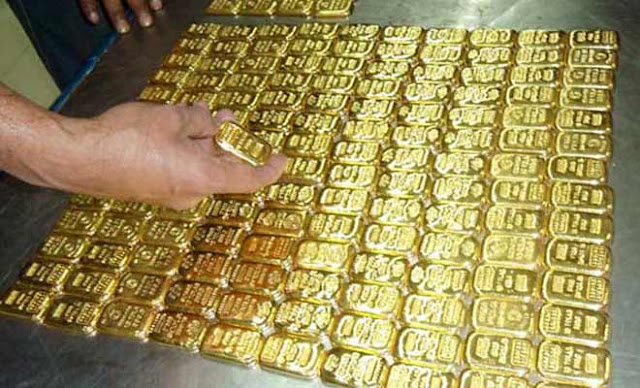