Drinks with steaming momos at Kurseong Tourist Lodge. Beatles and beer at Joey's Pub in Darjeeling. Perhaps a chill gulp during a drive along NH2 in Durgapur. These have all been just memories since April Fools' Day.

The entire hill town of Kurseong has gone dry with the Supreme Court banning the sale of liquor within 500 metres of highways. Darjeeling has only one off-shop and five watering holes left for its one lakh-odd population and the 4.5 lakh tourists who visit annually.

National Highway 55 cuts through both Darjeeling and Kurseong, whose hilly terrains are such that if you seek a spot 500m from the highway, which tends to half-encircle you with its winding shape, you might find yourself somewhere in a forest or a tea bush.

Mirik and Kalimpong, though, have been saved by a whisker. They were connected by state highways, whose status the Bengal government has downgraded to allow these towns' bars and liquor shops to escape the ban.

Dharmendra Poddar, acting secretary of the West Bengal On and Off Shop, Country Spirit and Hotel (Bar Licence) Owners' Association, cited how the governments of Sikkim and Meghalaya had secured exemption from the ban by highlighting their hilly terrain before the Supreme Court.

"Our topography and society are identical to Sikkim's but they got a respite as their government was proactive," Poddar said.

"Our case was never taken up by the government. We have little hope now although our association is planning to appeal before the court."

Joey's Pub, a famous address in Darjeeling, has had to close shop while the Park Restaurant and Hotel Seven Seventeen have had to stop selling alcohol, taking a hit to their business.

For Glenary's, a Darjeeling landmark, the outcome of a dispute over a measurement of 60 metres will determine whether you will be served your 60ml of Scotch when you visit the restaurant next time.

"I have physically measured my restaurant's distance from the nearest highway and it is 560 metres," said Ajoy Edwards, proprietor of Glenary's.

"However, the authorities have used an alley of stairs (a short cut) to measure the distance and found it short. I'll appeal for a joint measurement (along the approach road) and, hopefully, escape the ban's ambit."

Only six of the 49 liquor licences in Darjeeling town have survived. "These are Shangri-la Bar, Chowrasta Stores (an off-shop), New Lion Gate and the Mayfair, Windamere and Bellevue hotels," a source said.

Of the 70 liquor licences --- among 185 --- that have been spared the axe in Darjeeling district, most are in the plains. In Jalpaiguri district, 66 liquor shops and watering holes have closed down.

In Bengal's western belt, the liquor ban has nearly halved the business at the 65-odd bar-cum-restaurants on either side of NH2 along a 58km stretch from Panagarh to Asansol via Durgapur.

"I recently invested a lot of money in renovating a closed hotel beside NH2 that I had bought in Asansol (before the apex court imposed the highway liquor ban last December). I built a bar-cum-restaurant along with a liquor off-shop on the ground floor," said Kabi Dutta, managing director of the Citi Residenci group of hotels.

"On April 1, I was asked by the excise department to stop selling liquor at the bar and the shop. My business has dropped sharply and I'm very upset. Now I have to think of reducing manpower."

Deepak Agarwal, owner of Utsav Resort, which has two upscale bar-cum-restaurants in Rajbandh and Durgapur, said he too was planning to downsize staff.

"I have no option as sales have fallen drastically. I can't run my business only selling food," Agarwal said.

He said the situation would improve somewhat if the court allows the sale of low-alcohol beverages like beer and breezers.

Ananda Ghosh, owner of Samrat Hotel, one of the oldest bar-cum-restaurants at Faridpur on NH2, said he had already let nine of his 15 employees go.

"Who will come daily to have only food at my restaurant? I had never retrenched anyone before but now my hands are forced," Ghosh said. 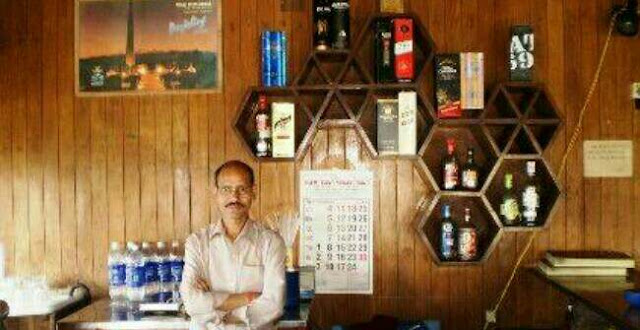