Two airborne commercial aircraft with hundreds of people on board came less than nine kilometres and roughly 15 seconds from each other over Varanasi last week before some deft manoeuvring helped avert what would have been a colossal tragedy.

The incident occurred on Sunday and involved two Airbus A320s, operated by the AirAsia India Pvt Ltd (AAIPL) and IndiGo. While AAIPL's flight I5 768 was flying from Bagdogra to Delhi, IndiGo's 6E 398 was on its way from Delhi to Bagdogra.

According to sources, when the AAIPL flight entered Varanasi's airspace, the air traffic control (ATC) there asked its pilots to descend to 34,000 feet and maintain that height. The pilots reportedly read back the message to ATC, which means that they received and understood the direction clearly.

However, according to the sources, the AirAsia India flight reportedly kept descending below the assigned level. As a result, the aircraft went close to 33,000 feet flying level, where the IndiGo aircraft was operating. The two planes, approaching each other's direction, were less than nine kilometres apart and just 15 seconds away from a collision, the sources added, when modern technology saved the day. Aircraft these days are equipped with airborne collision avoidance systems (ACAS), which guided the planes to veer away from each other.

When contacted, an AirAsia India spokesperson said the airline "is currently investigating the matter with relevant regulatory authorities. We will refrain from disclosing further information until we have established the facts".

A team of Aircraft Accident Investigation Board officials, headed by senior officer Jitender Loura, is probing the near miss. The commander of the AirAsia India flight is learnt to have been grounded pending the outcome of the probe. It is also being probed whether the ATC warned the AAIPL pilots as they descended. 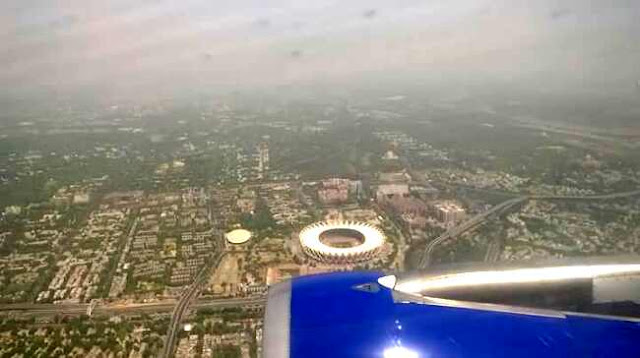