My Statement is Being Misconstrued - Bimal Gurung

Gorkha Janmukti Morcha president Bimal Gurung yesterday said his comments on the two Gorkha representatives in the Indian Constituent Assembly were misinterpreted by political rivals and he had only respect for the veterans.

Gurung said to interpret his remarks on Damber Singh Gurung and Ari Bahadur Gurung, both of whom were members of the Constituent Assembly at different times in the 1940s, as a rebuke and make an issue about it was unwarranted.

"It is not right on the part of the media and (political) leadership to make a big deal about it and claim that I had rebuked them. For political leaders to say it was a rebuke and indulge in politics is not right," he told reporters here.

On March 30, the Morcha chief had said: "I feel ashamed to call myself a Gurung. Had Ari Bahadur Gurung and Damber Singh Gurung dedicated something to this land for our sake, maybe, we wouldn't have been begging like this. I have to make up for the mistake they made. I have to rectify their mistake. Had they rectified themselves then, I wouldn't have to beg like this," Bimal had said.

His comments were deemed to be disparaging not only by the Morcha opponents, but also by the families of Damber Singh and Ari Bahadur, who were cousins.

The Morcha president advised the Gurung families not to pay heed to whatever was being spoken about because he had respect for the two Gorkha stalwarts.

"To their families, especially, I will say not to listen to such talk. The respect and regard that I have is in my mind. I will never entertain bad thoughts about Ari Bahadur and Damber Singh Gurung. Whatever needs to be done to recognise their contributions, I will do that," he said.

"If there are 10 people who talk about Ari Bahadur being a signatory to the Constitution, there will be ten others who will talk ill. And as part of their family, if they have committed a mistake, I will rectify it. That is what I was trying to say. I was not implying that they didn't do (any good). I was not talking ill about them...If a man has done hundreds of good deeds, and a single bad deed, it is that single thing which will be highlighted. I was only trying to say, okay, I will rectify the mistake," he said.

Udai Gurung, the son of Ari Bahadur, had said the two families were "shocked and deeply saddened" at the utterances of Gurung. "Bimal Gurung says he feels ashamed to be a GURUNG....on this point we do agree with him. We too feel ashamed that he is also a GURUNG!" the families had said in a joint statement yesterday. 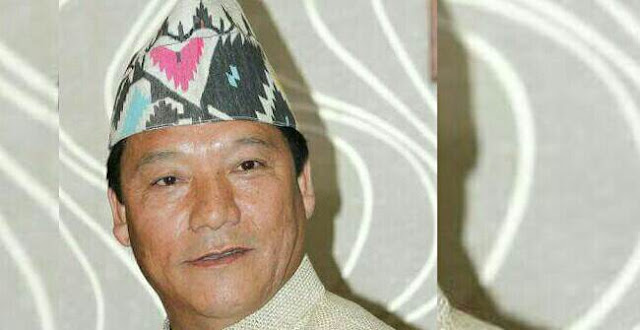