Mamata Banerjee asserted her inability to agree to the sharing of Teesta waters, a populist stand likely to win her points in north Bengal and place hurdles in the way of the BJP-led Centre that is apparently keen on the water-sharing agreement with Bangladesh.

While attending a rally of the Kamtapuri Progressive Party at the Rashmela ground, the chief minister ruled out the water-sharing while underscoring her love for the neighbouring country.

"I want to make one thing very clear about the Teesta.... We love Bangladesh a lot. Bangladesh wants water, to which we have no objection. But what I have said is we cannot give water where there isn't water. The Teesta does not have water," said the Trinamul chief to loud cheers from an audience of around 15,000 people.

"If Teesta waters are gone, the people of Siliguri won't get water, people in Jalpaiguri won't get drinking water, farmers across north Bengal will not be able to source any water for agriculture.... I have seen the reality with my own eyes, which is why I am able to say these things," she said.

"We have said clearly that you need to look for an alternative source, make an alternative arrangement. Look for a source that can give water without causing problems," she added.

Suggesting alternatives herself, the chief minister said water could instead be sourced from the Sankosh river, which she said causes a lot of floods in the region. She also mentioned the Torsa and Mansai rivers as alternative sources of water for sharing with Bangladesh.

She had tossed up the same proposal before the Centre. But foreign ministry officials of both the countries said they did not want to consider the proposal.

"Why do you (the Centre) not plan properly? Take it from these places. I have no objection.... I love Bengal. I love Bangladesh. I want the best relations between our countries.... But I cannot give what we do not have," she added.

Sources in Trinamul said Mamata's move had twin objectives. On the one hand, she wanted to consolidate her support base in the region by championing north Bengal's interests on the water sharing issue. On the other hand, she wanted to deny the BJP-led Centre any help by way of facilitating the agreement with Bangladesh. 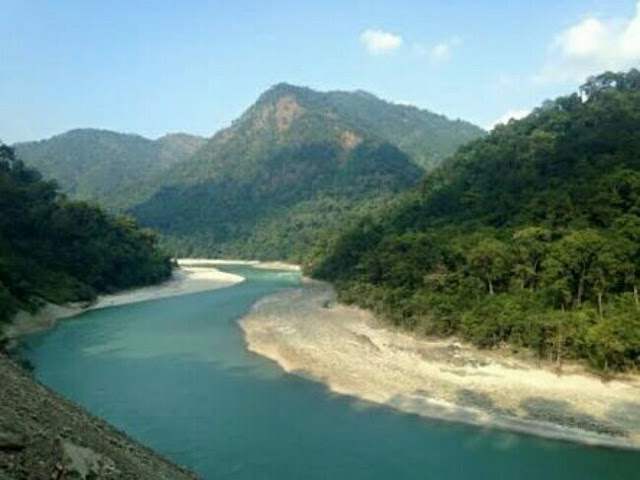