A 20 something housewife was earlier abandoned by her husband after two miscreants molested her at her house while her husband was away working in Guwahati.

According to sources, two miscreants, identified tentatively as Dhola Sheikh and Moza Sheikh barged into the house of the victim before threatening her at knife point from making a noise. One of the two was allegedly enamoured by the housewife and later took lewd pictures of himself and the girl and circulated the same amongst his friends to defame the girl.

Both Dhola and Moza are residents of Bengdoba in New Bhaitbari, the same village where the girl lives.

“They put a knife to my throat before they molested me. One of them threatened that they would not let me live a normal life as he wanted me to be with him. After molesting me, they then took photos of me with Dhola in compromising positions,” said the victim from New Bhaitbari.

Incidentally the circulated photos were also shown to the husband after which he immediately sought separation blaming the woman for the incident.

“They have ruined my life and made it miserable. Now my husband wants to leave me and go. I have no idea who to go to for help in the matter as I have absolutely no hand in what happened. I am the victim but being turned into a culprit,” added the grieving woman.

A FIR was filed with regard to the incident at the Phulbari Police Station in West Garo Hills on April 17.

The two molesters however have been on the run ever since the filing of the FIR. 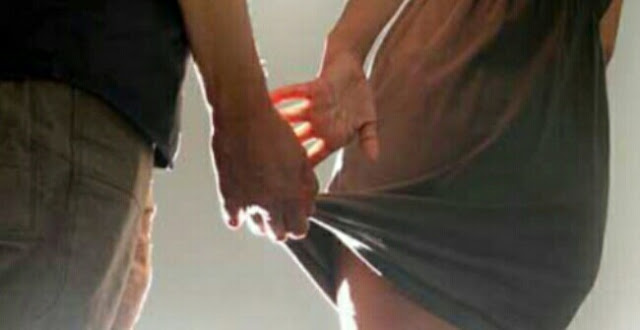