Godala Kiran Kumar, the 2005 batch Bengal cadre IAS officer, accepted bribe of Rs 5.6 crore and ignored manipulations and malpractices while serving as the chief executive of Siliguri Jalpaiguri Development Authority (SJDA), said Enforcement Directorate on Thursday . ED, which is likely to file chargesheet in the Rs 100-crore SJDA scam sometime next week, said Kumar, now a joint secretary of the statistics and programme implementation department, accepted bribe from construction companies in 2012 when he was posted as the chief executive of SJDA.

The officers of ED on Thursday conducted a raid on Kumar's home at a New Town housing society. The agency had sent him summons and Kumar was supposed to appear before the ED on Wednes day. "The search was conducted at his residence while he was present there. Some bank account details and cheque books were recovered. We have also recovered a diary with crucial details of several projects," said an ED official. Kumar, who fell sick during the search, could not be reached on phone for comments.

According to sources, account details of his wife Samanya Kumar have also been found during the search. The agency has also reportedly come across proof that SJDA contractors had paid Rs 6 crore to his wife when she contested the 2014 Lok Sabha elections from Andhra Pradesh's Chittoor constituency as YSR Congress candidate. Incidentally, the central investigating agency is separately conducting a probe against YSR Congress chief Jaganmohan Reddy.

Sources in ED said one of the officials of a construction company allegedly transferred an amount of Rs 6.8 crore to the father in law of Kumar."The amount was routed to him in Chennai through a web of carriers," said the ED official. Illegal money transfer channels were also used in distributing another Rs 6 crore among lower-rung officials.

The persons likely to be named in the chargesheet include chief engineer Mriganka Moulik and a few other engineers also. A total of Rs 23 crore was allegedly given as kickback by the construction firms selected "through a tendering process" after Kumar assumed the charge of SJDA chief executive. 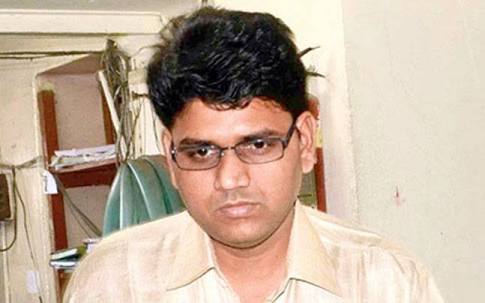