A tremor was felt in the nort-eastern state of Sikkim early in the morning today. As per the initial report, the quake was measured 4.6 on the Ritcher scale.

It comes a day after a moderate earthquake, measuring 5.0 on the Richter scale, rocked several parts of north east and parts of Myanmar on Saturday. As per an officia, there were no reports of any casualties or damage. The quake was felt at 7.05 a.m. the epicentre was located in the Myanmar-India border region, an official of the Regional Seismological Centre had said. Seven northeastern states — Assam,Meghalaya, Mizoram, Tripura,Nagaland, Arunachal Pradesh andManipur — are considered as the sixth major earthquake-prone belt in the world.

Earlier this month, another earthquake shookManipur. Even as no damage to life or property was reported, yet this tremor was strong enough to create panic in the public. Soon after the earthquake, many people had rushed out of their homes into open ground and stayed there for a long time as they feared aftershocks or even a bigger tremor– they were not willing to take any chances as recent quakes in Nepal and even as far as Italy had wreaked havoc with a huge human toll as well as immense loss of property. The earthquake that hit Ukhrul was measured at 4.1 magnitude on the Richter Scale. The region of the country has been shaken regularly in last one year. 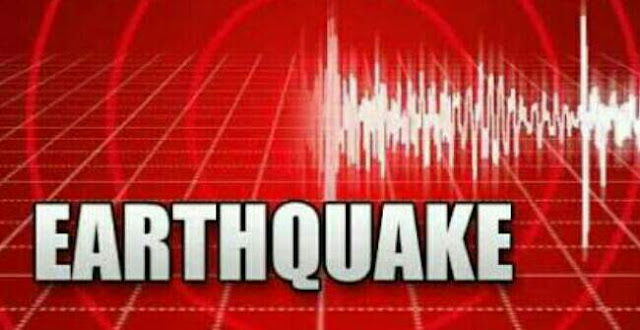