The police has seized a haul of arms and ammunition in Murshidabad district and arrested five persons in this connection, a senior police officer said on Wednesday.

The police arrested a man from Sagardighi area of the district yesterday and seized some firearms from his possession, Superintendent of Police, Mukesh said.

On the basis of the information provided by the arrested man, the police raided some places in Khargram, Kandi and Lalbagh area of the district yesterday and seized 50 rounds of ammunition, 24 firearms including rifles and revolvers, the SP said. 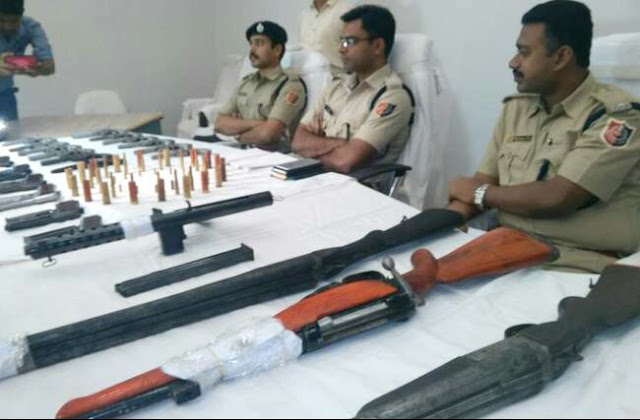