The school education department of West Bengal government has reportedly served show cause notices to at least ten schools across the state for allegedly spreading religious education among the pupils, deviating them from education board-mandated syllabus.

During a session in state assembly on Wednesday, Communist Party of India-Marxist (CPI-M) MLA Manas Mukherjee alleged that few schools in the state are currently fanning religious education, instead of teaching state-directed curriculum.

Countering the statement, West Bengal Education Minister Partha Chatterjee claimed that state Chief Minister Mamata Banerjee and her government are aware of it and currently looking into the matter.

"We have already show caused 10 schools and 125 more institutions are under our scanner. We will dismiss those licenses if allegations against them are proved," Partha Chatterjee said.

According to reports, nearly 125 schools across North 24 Parganas and northern states of West Bengal, run by three organizations- Sarada Shishu Tirtha, Saraswati Shishu Mandir and Vivekanada Vidyavikas Parishad (VVP), are being monitored by the state government.

VVP is claimed to be the West Bengal unit of Lucknow-based trust- Vidya Bharati Akhil Bharatiya Shiksha Sansthan, which is the educational wing of Rashtriya Swayamsevak Sangh (RSS), reports said.

"These three organizations are currently running over 350 schools in the state and more than 60,000 students are being taught 'out-of-syllabus' religious lessons in those institutions," an official of West Bengal education department said.

When a CPI-M leader accused the TMC-government for the emergence of such schools, where a strong religious mindset is being installed in the brains of pupils, state Education Minister Partha Chatterjee told IBNS, "These schools got government affiliations during 1981-2009 period, when Left parties had ruled the state, and our government only renewed those licenses."

"If the allegation against the schools are proved, we will take action against the institutions and will dismiss those licenses. Our government will never allow such religious teaching in state's schools," Chatterjee added.

Meanwhile, condemning the step of the government, BJP's Bengal president Dilip Ghosh said, "These schools follow all government rules and regulations and board-mandated syllabuses are taught there."

"Alongside the board syllabus, few extracurricular activities, maintaining compatibility with the Indian culture, are also practiced there," Ghosh further said.

A state level leader of BJP said, "If the state government is taking such actions against RSS affiliated schools, then they should take steps against those Madrasas in Bengal-Bangladesh border areas, where several out-of-syllabus lessons are being taught." 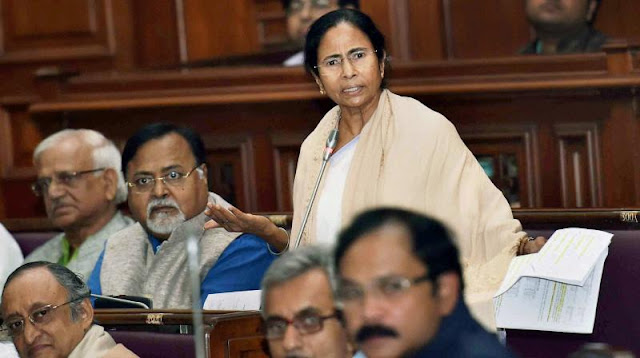