At least 26 people were killed and 39 others injured when a passenger bus plunged down some 200 meters from a highway in Nepal’s far-western Jajarkot district on Thursday.

The bus was heading from Khalanga to Khara, a village in the district. The bus with more than 60 passengers was passing through rough terrain when the tragedy occurred.

District police chief Bhabesh Rimal said a large number of security personnel have been deployed in the rescue work.

Some of the seriously injured were taken to Kathmandu and Nepalganj for treatment.

Bus accidents claim a large number of lives in Nepal every year due to the difficult terrain, untrained drivers and ageing vehicles. 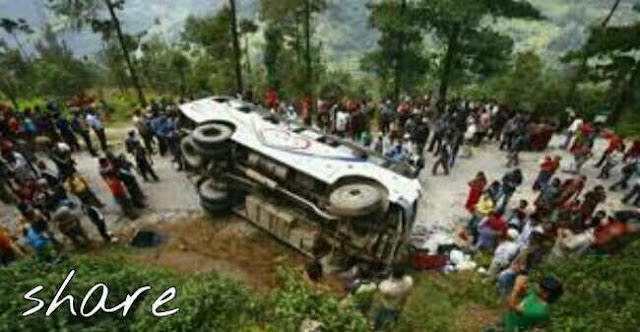