The Trinamul Congress tasted its first electoral success in campus politics in the hills with a group affiliated to the ruling party's student wing taking control of the union at Bijanbari Degree College today by a margin of one vote.

An euphoric Trinamul leadership said the election result was a reflection of the party's development plank finding acceptance among the hill people. Trinamul had not won any college election in the hills before.

Prakash Bardewa, the teacher-in-charge of Bijanbari Degree College, yesterday said: "Of the 161 votes cast by students, 81 went to Jay Raj Rai group, while 80 were garnered by the Raj Kumar Timisina group. Just one vote was the victory margin."

The college has over 200 students.

The Jay Raj group is affiliated to the Trinamul Chhatra Parishad, while Raj Kumar was backed by the Gorkha Janmukti Vidyarthi Morcha.

Students were asked to vote on two symbols, book for the Morcha group and computer for Trinamul candidates.

The union has total 12 members, one of whom is nominated. The Morcha had won one seat uncontested after Trinamul nominee had withdrawn from the fray. The rest of the 10 seats were grabbed by Trinamul today.

The college, situated about 35km from Darjeeling, was established in 1995. This was the first time that elections were held at the institution as the dominant party used to win all seats uncontested before.

N.B. Khawash, the working president of Trinamul (hills), said: "This is a great victory for Trinamul. The victory is a reflection of our development plank finding acceptance among the common people and the youths in general. The Morcha had even evoked the statehood sentiment in the college election but the youths are aware of everything today."

The Vidyarthi Morcha accepted its defeat.

Sandip Chhetri, the spokesman for the Vidyarthi Morcha said: "We lost by one vote. We accept the defeat. This is part of politics and we will introspect to know what went wrong for us."

This is the second time that the Morcha has lost a college election in the hills. In December, the Morcha's rival, Jana Andolan Party, won 12 of the 22 seats at Kalimpong College. The Morcha had won 10 seats, while Trinamul has drawn a blank. However, later, eight of the Morcha's 10 winners joined Trinamul. 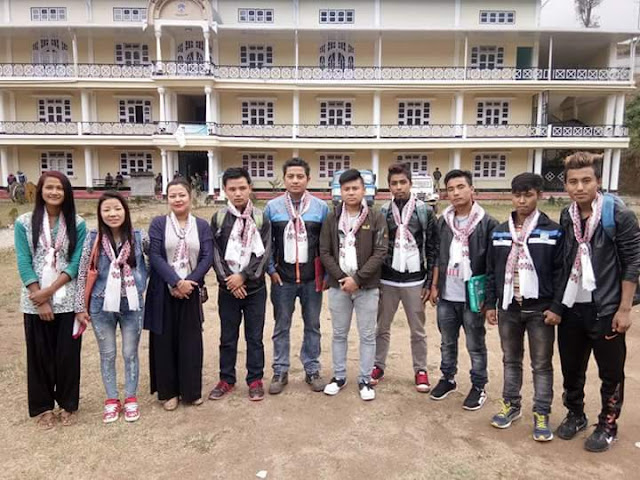