This Year, Let Holi Be Happy For Animals Too

While the country is caught in the Holi revelry, every year both stray and pet animals inadvertently become victims of hooliganism, which must be stopped with increased sensitisation of the public.

Noting that the colours used during the celebrations are made of “toxic metals and dyes”, Dr R T Sharma of Pet Animal Welfare Society (PAWS) here said it was important for people to understand that animal skin was different from human skin.

“While human skin sweats to flush out the chemicals, animals like dogs do not have sweat glands and their bodies end up absorbing the toxins.

“On several occasions,” he said, “stray dogs end up licking or drinking the coloured water, which can result in severe liver problems, and can also be fatal in certain cases,” Sharma said.

Friendicoes – SECA in Defence Colony here, which has been spreading awareness against animal cruelty during the festival, will remain open on Holi to attend to any kind of emergency that might occur.

“Besides the colours which are harmful, cold water splashes made on animals and loud noises frighten them, leaving them in a confused and restless state of mind,” Mandy Seth, President of Friendicoes said.

The animal shelter will be providing facilities like ambulance and other emergency related services, along with a 24×7 functioning veterinary clinic in the advent of any mishap.

Sharma said often most pet owners were too emotionally attached to their animals to leave them out of the festivities, ending up harming them in the process.

Both Sharma and Seth suggested that while a ’tilak’ on the forehead of the animal was acceptable, it was advisable that they be kept indoors.

In case of accidental spills, Sharma suggested an aggravated situation could be recognised by a change of behaviour in the animal like increased restlessness and scratching, drooling or an aggressive flapping of their heads.

While in extreme cases the victim must be taken to a doctor immediately, giving them a bath in warm water using a mild animal shampoo was an advisable step as first aid.

“Affected animals show very recognisable signs in behaviour, especially a vehement flapping of head. They tend to become more aggressive. In some dogs like Pugs and Shih Tzus, who have bigger eyes, colours can also cause eye problems. In such cases they should be washed in warm water and in more serious cases, taken to the vet,” Sharma said. 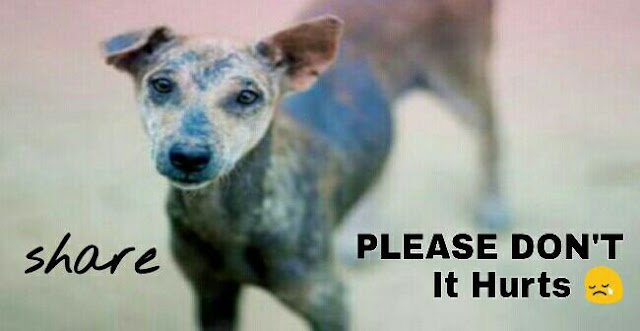