The baby trafficking case focuses public attention on the problem but also shields the size of it from closer scrutiny, because the ‘huge networks’ that operate to keep the trade going, continue to do so. 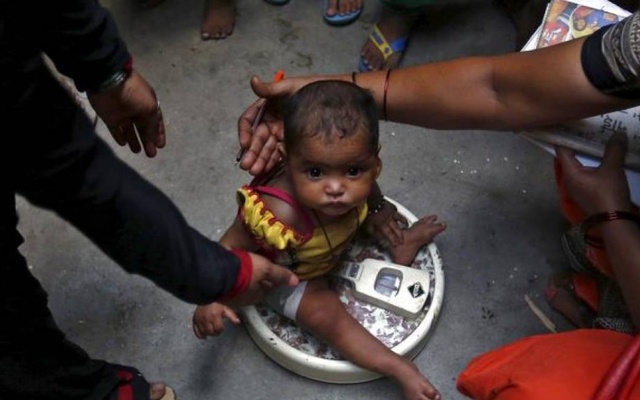 Kolkata: The kidnapper or ‘chele dhora’ has been a device used by generations of families in West Bengal to scare wandering children into coming back home at a certain time or from straying. The other narrative that has survived generations of retelling is the snatching of unattended babies bysanyasis. In popular imagination, the suitably clad ascetic is both anonymous and dangerous.

The archetype of the chele dhora, a criminal disguised as a saffron robed sanyasi, is perhaps a variation of Ravana kidnapping Sita in the Panchavati forest. The reinvention of the trope, using disguise to nab the children is a reversal of roles and a sneaky, smart move that insinuates that there is a connection between the Bharatiya Janata Party and crime. After the arrest of Juhi Chowdhury, a local leader of the BJP’s women’s wing in North Bengal for alleged links to a baby adoption racket, the controversy has now brought within its ambit Kailash Vijayvargiya, general secretary of the BJP in West Bengal and, Rajya Sabha MP Roopa Ganguly. It had emerged that Chowdhury had met them after her name surfaced. Chowdhury had been on the run and was arrested a few days after allegations against her name were made.

Vile as the crime of trafficking in babies is, the political connection has brought into sharper focus the ‘huge networks’ that run these operations. The police also arrested the Darjeeling district child protection officer (DCPO), Mrinal Ghosh, exposing the underbelly of the network that includes errant officials, doctors, nursing homes and NGOs. The arrests were made after key accused Chandana Chakrobarty — who owned the children’s home and the shelter for the mentally ill and disabled, Bimala Sishu Griha and Ahsray — revealed details about how the nexus worked.

The crime has inevitably become entangled in the saffron groups versus Mamata Banerjee tussle over political turf. This one dramatic case, both, focuses public attention on the problem and also shields the size of it from closer scrutiny, because the ‘huge networks’ that operate to keep the trade going, continue to do so.

It points to a chilling reality. In West Bengal, which tops the list of Indian states for trafficking in women and children, acquiring or procuring people – babies for adoption, the young and the able bodied as labour, women, girls and boys for the sex trade, the healthy for organs, for organised for begging and for every other form of exploitation that the imagination can conceive – there is a well- established supply chain that procures what the market or trade in persons wants.

People in the law enforcing machinery, the administration and the political class are all embroiled in the trade. If there is one errant DCPO then there are likely to be others. If the district level administration cannot monitor how NGOs run the shelters and homes that are part of the structure of protection for children who have been rescued, of women who have been abused, of the mentally ill who have been denied care and the disabled who have been cast aside, and the responsible departments of the government cannot have better oversight, then there is every possibility that criminals will thrive.

In recent years, there have been too many exposés on how badly shelters and homes are run. In 2012 there was the Gurap home in Hooghly, for women who were mentally ill and had been rescued. The home’s backyard and adjacent open spaces were used to bury inconveniently dead inmates. In 2016, there were reports of the painfully humiliating treatment of the mentally ill in West Bengal best known hospital, Lumbini Park. The latest to be uncovered – babies in biscuit cartons, some of them malnourished, ready to go to people for adoption.

Activists working on trafficking are concerned that the nexus of criminals and the powerful seems to have grown stronger, pointing out that if a DCPO is involved then who else may also be involved If the BJP’s women’s wing leader from Jalpaiguri is involved, who else may be part of the circle of influence and power, they ask?

Because the BJP has taken the position that the case is being used to politically embarrass it, the dimensions of the terrifying problem of the most vulnerable – that is babies, being bought and sold through unscrupulous networks – has been obscured. This in many ways distracts attention from the gaps and weaknesses of the Trinamool Congress government, all of which point to a problem of governance.

“We are escaping because there are loopholes,” and the “system” is unable to ward off the pressures and interests that circle around such institutions, several activists explained.  A “huge network of NGOs, nursing homes, doctors and middlemen dealing in illegal adoption and baby trafficking” exists, admitted Rajesh Kumar, additional director general, criminal investigation department, after the baby adoption racket was busted.

In relation to the size of the problem, the administrative capacity to tackle it is seriously inadequate. West Bengal has 2,217 kms of borders with Bangladesh, 92 kms with Nepal and 175 kms with Bhutan through which women, girls, boys and the young and the able bodied are in constant movement, forced by circumstances. An activist who has worked with the police in South 24 Parganas, where Sunderbans is located, revealed painful details of how poorly the anti-human trafficking machinery in the state was equipped to deal with the magnitude of the problem. Even the best spirited police officials in some of the remote locations across Sunderbans lacked money, resources and the capacity to handle the rescue missions. This included money for travel and stay in other states, money to fund the travel of family members who were financially destitute to help in identification and the capabilities for negotiating with their counterparts in different places.

Having worked hard to establish her NGO, an activist who was requested by the West Bengal government to set up a home for rescued women and girls was cautioned – how will you handle the pressures that surround such an institution? Can you ward off the vultures which will circle around your shelter? It points to the grim reality that trafficking in West Bengal is in many ways, a protected means of livelihood.

Sonagachi, Kolkata’s infamous red light area, keeps growing even though it is monitored and is the work site of an internationally acclaimed NGO run by women who once worked in the sex trade, the Durbar Mahila Samanwaya Committee. Clearly the trade in women and girls has not declined. The supply chain and the demand are clearly more robust than the capacity of Durbar to control the trade. West Bengal’s share of the trade in humans is now about one-fifth or 20% of the detected cases in India.

Most activists agree that the reason why West Bengal has a very high rate of trafficking and is everything all at once – source, transit and destination – is a failed development agenda in the state and its neighbourhood, where escape from poverty, domestic violence, abuse and the absence of opportunity and freedom, breeds conditions for the growth of such rackets. What applies to babies bought and sold to meet the demand both in India and overseas, also applies to women and girls, boys and the young and able bodied.

Many working on trafficking are beginning to conclude that if people have been through “unsafe migration” or have been trafficked or have migrated on exploitative terms from one area, then the pattern gets established. Access to these communities becomes easier for procurers and then the supply chain kicks in, with its well organised systems of routes, alternative routes, safe houses and protection of the powerful and connected.

It implies that the state as an institution, in West Bengal, certainly lacks the capacity to protect its citizens – babies and the other categories of vulnerable, namely women, girls and boys, young people who are sucked into circles of unsafe migration as contract labour, the mentally ill and the disabled. Fundamental freedoms are at risk or have been usurped by the failure of the state and successive governments and ruling regimes that have failed to create alternatives for people who find selling their daughters and sons the only option in the face of relentless poverty.